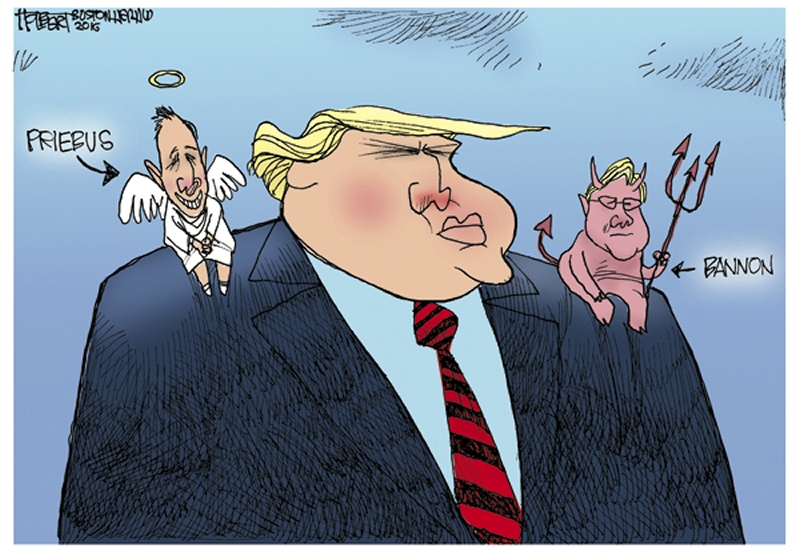 I was struck by the final words in Sunday’s Salisbury Post editorial which stated concerning the new president, “This is not the time, however, for congressional Democrats to engage in blind obstructionism, even if others have used that tactic before. Every president deserves the chance to lead.”  I find that closing statement to make sense on a certain objective level, but it overlooks some other realities.

First, on just the issue of fairness, it is hard to forget so quickly how the Republicans practiced obstructionism during the entire Obama Administration. Shortly after President Obama was inaugurated, the Senate Minority leader, Mitch McConnell, said that the Republicans’ main goal was to make Obama a one-term president. From that time forward the Republicans made “compromise” a bad word and refused to work with the Democrats on anything.

And now we are just supposed to forgive and forget? Obama was lied about, smeared and disrespected by many for the entire eight years, particularly by the Republicans in Congress.

Maybe we Democrats should be better than that.  Maybe we should turn the other cheek and say it’s all right; we will work with you. I do believe in forgiveness. Biblically, forgiving those who spitefully use you is required by the Bible, but I don’t believe in cheap forgiveness. It needs to come from the heart.

Then there are the things that Trump campaigned for during his run for the White House.  Among those things, he preached against any kind of compassion toward undocumented residents, he suggested various blanket policies toward Muslims, he made fun of the disabled, he used derogatory and vulgar language toward women, and he encouraged people in his rallies to use physical violence toward protestors.  His whole campaign seemed to suggest that whatever is wrong with America is someone else’s fault: the immigrants, the Muslims, the Chinese, or the previous politicians.  As one might expect, this attracted the White Supremacist, anti-gay groups, and other hate groups.

In addition, he seems to be a man with no regard for the truth. I am not talking about disagreements about how to solve a problem; I am talking about not even admitting to what the facts are. He will simply change the facts to suit himself. This is known as lying.

When someone runs a campaign based on hate, lying and the denigration of women, he clearly must be opposed. Many tell me, “Well, give him time, he won’t be so bad.” Sorry, I can’t do that. I can only go by the words that have already come out of his mouth. These are dangerous and evil ideas, and they must be exposed to the light of day. If he doesn’t act on some of things he said, then fine; but I can’t sit around, and wait and see. It is just too dangerous.

This man is like no other president I have seen in my lifetime. I didn’t agree with some of the policies of other Republican presidents — Ronald Reagan, George H.W. Bush, and George W. Bush — but I always felt that they were fine, upstanding Americans. This is not the case with Donald Trump.

He is a man who has shown himself to be of questionable character, and he must be watched. Yes, I know he is the president, but all presidents must be held accountable.  That is a job for the Congress, the courts and the American citizenry.

Last Saturday I was able to support my wife as we attended the Women’s March on Washington.  It was exhilarating and inspiring to spend time with 500,000 other people, mostly women, who are willing to hold Donald Trump accountable. So, remember as one sign said at the march, “Big Sister is Watching.”

Letters to the editor: Feb. 9

My Turn, Karen South Jones: Restorative practices are being used with success in Rowan