Biography of William Johnson Trent a slice of history 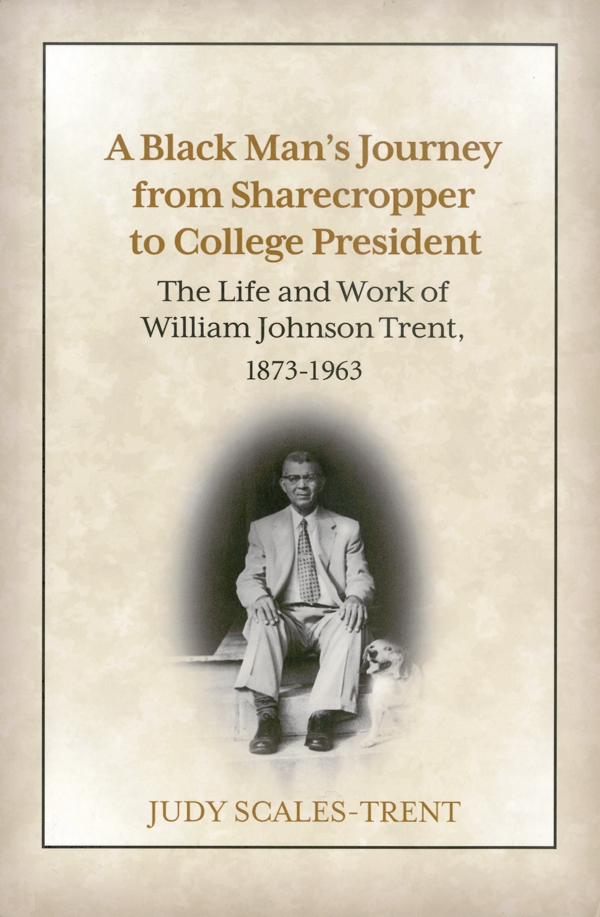 SALISBURY — Judy Scales-Trent has written a sweeping biography about William Johnson Trent, her father — a black man raised in crushing poverty to become a voice for equality and the president of Livingstone College.

Scales-Trent, writing in a captivating voice, gives us the story of man who led with a sense of purpose, hope and integrity.

“A Black Man’s Journey from Sharecropper to College President” not only outlines Trent’s life; it is a leadership handbook. Trent negotiates one challenge after another through sacrificial, purposeful leadership. He ultimately assured Livingstone College of a firm footing and future.

William Johnson Trent grew up in a South where racial terrorists threatened efforts to establish local schools and institutions for the newly freed black community.

Scales-Trent begins by telling the story of Trent’s mother, Harriet Massey. As a slave, Harriet was treated like property. Southern slave owners tried to dehumanize her by forcing her into multiple marriages and relationships. She emerged as a freed woman and in full grasp of her own integrity.

Trent and his family continued to live in a region rife with racial hatred. The reader will be gripped by Scales-Trent’s description of North Carolina during the Reconstruction.

She captures, with shuddering detail, the activities of the KKK and the insipid mentality that led North Carolina’s white supremacy groups to commit 94 lynchings by 1892.

Scales-Trent also records a particularly violent backdrop during Trent’s life: the racial killings that earned the summer of 1919 the name “red summer.”

Despite this deadly backdrop, the AME Zion Church was able to plant new schools and, ultimately, Livingstone College. Scales-Trent records how, despite these adversities, her grandfather dreamed of an education.

Scales-Trent devotes the heart of the biography to Trent’s Livingstone years and emergence as a leader and educator. Trent fulfilled his dream of an education by graduating from Livingstone College.

Scales-Trent recounts how black schools like Livingstone face incredible challenges. During the Reconstruction era, Livingstone shifted its focus from “industrial” topics to become an academically-centered teacher’s college. As a result, many white donors withheld funding.

Following this period, Trent entered and eventually graduated from Livingstone as valedictorian. He eventually directed the Young Men’s Institute of Asheville and the Atlanta YMCA before returning as president of Livingstone College.

Above all, Trent is depicted as a beloved leader. Scales-Trent tells of her father’s close relationship with Livingstone’s staff and student body. That encouraging leadership style heartened Livingstone during the depression and World War II.

Scales-Trent’s research has not only yielded a fascinating biography. She has given us the record of a man who led with impeccable dignity and foresight.

Trent life’s work was not shaken by his times. Instead, he shaped his own world. This much-needed biography serves as a clarion call for current leaders who seek to confront our turbulent times.