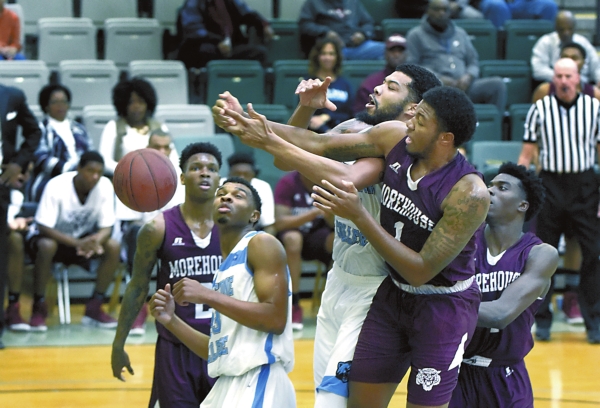 SALISBURY — Livingstone shot 63 percent from the floor in the second half, turning a close game into a relaxing, 78-57 victory over Fayetteville State, last night at New Trent Gym.

The victory snapped a three-game losing streak for coach James Stinson’s Blue Bears, now 5-11 overall and 2-4 in the CIAA. Fayetteville State falls to 7-9 and 3-5.

Livingstone nursed a 32-26 lead into the halftime locker room after shooting just 39 percent in the first 20 minutes, including a dismal 1-for-8 on 3-point field goal attempts.

A 14-5 run to start the second half essentially broke the game open. A 3-pointer from guard Ramel Belfield gave the Blue Bears a 46-31 lead with 16:25 left and they really never looked back.

Livingstone also won the rebound battle, 38-25, and committed just 12 turnovers, an improvement, after 17 miscues in Monday’s 81-80 loss to Morehouse.

The Blue Bears also improved their free throw shooting with a 15-for-20 (75 percent) performance. Against Morehouse, Livingstone was 9-for-19 (47 percent) at the line.

Post player David Duncan had a double-double Livingstone, leading his team in points (14) and rebounds (11).  Belfield and forward Emarri Bailey followed with 12 points each and point guard Samuel McClendon added 10.

Belfield had a perfect shooting night, connecting on all four shots from the field (two 3-pointers) and going 2-for-2 at the foul line. Bailey was 5-for-7 from the floor.

Michael Tyson and Josh Bryant led Fayetteville State with 15 points each. Willie Gilmore followed with 13 points. Those three players were a combined 16-for-21 from the floor, but didn’t get a lot of help from their teammates (a combined 4-for-26).