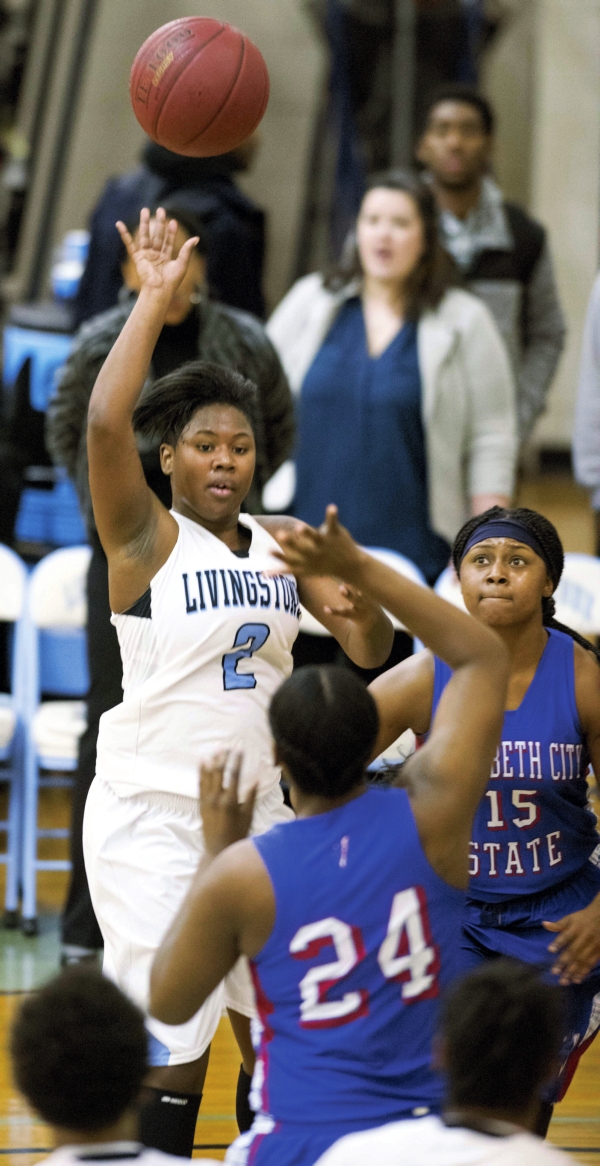 The Blue Bears trailed for most of the first three quarters and entered the final period down by four points, 48-44.

But junior guard Deonna Young came to life with 12 of her 15 points in the last quarter, as Livingstone outscored the visitors, 27-12.

The victory was a big one for coach Tiffany Silver’s eight-player squad as CIAA Southern Division games begin. Livingstone improves to 8-8 overall and 3-3 in the CIAA. The Lady Broncos fall to 4-13 and 2-6.

Since Christmas break, Livingstone is 5-1, with the only loss coming last week against the nation’s third-ranked team, Virginia Union.

Guard Zena Lovette got the fourth-period rally started with a jumper that pulled the Blue Bears to within two points. Young and senior guard Brittany Taylor took turns by nailing 3-pointers but FSU’s Shantel Bennett made two free throws for a 55-52 advantage with 7:11 left.

After Taylor hit a jumper to cut the deficit to one point, Young bombed in another 3-pointer that put Livingstone on top for good at 57-55 — at the 6:20-mark.

From that point, the Blue Bears finished the game on a 14-5 run, as Young continued to connect from outside, Shannon Buchanan scored four points and Lovette and Asia Green added buckets.

Yakima Clifton came off the FSU bench to lead the Broncos in scoring with 17 points.