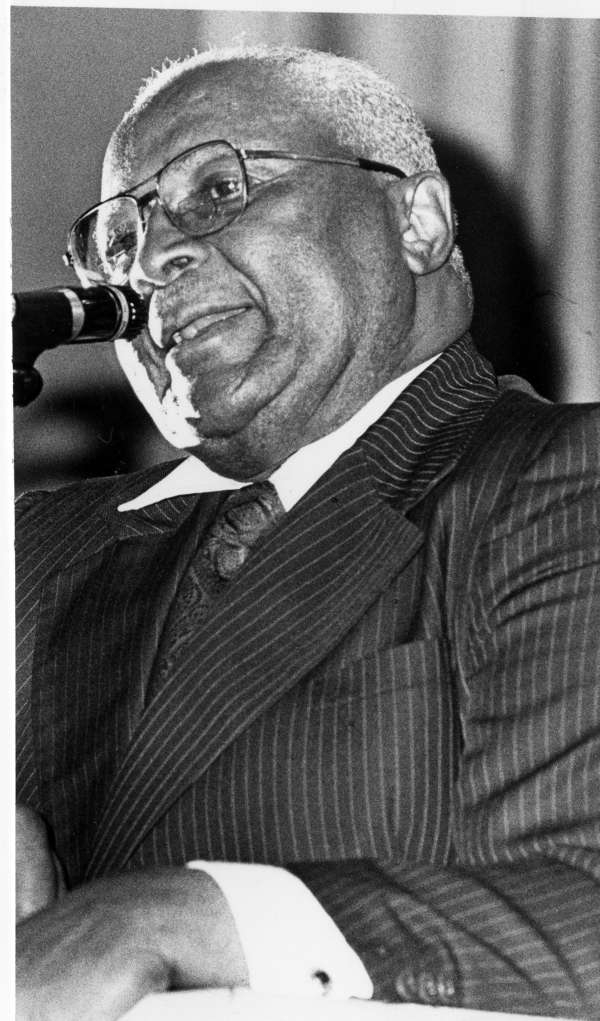 This photograph from the Salisbury Post files shows Dr. Martin Luther King Sr., father of famed civil rights leader Dr. Martin Luther King Jr., speaking in Salisbury Sept. 24, 1978, at Livingstone College. It was King Sr.’s second visit to the Salisbury in two years. In 1977, he spoke to a standing-room-only crowd at the homecoming of First Calvary Baptist Church, where he also was presented the key to the city by then Mayor Don Weinhold Jr. At Livingstone College, King Sr., who was pastor emeritus of Ebenezer Baptist Church in Atlanta, spoke for about 20 minutes on topics from school busing to President Jimmy Carter.  ‘Aren’t we all one?’ King Sr. asked his audience at Livingstone. “Men may look different in their faces, but aren’t they the same in their hearts? We’ve got to learn to live together and stop pulling away from each other. We’ve got to get our values back in this country. We’ve got a long journey ahead. Look how much time we’ve wasted, when we could have been making a better world in which to live.’ King Sr. died  Nov. 11, 1984.

Emil Sparger of Spencer wanted us to see the front page of the Jan. 2, 1939, edition of the Salisbury Evening... read more