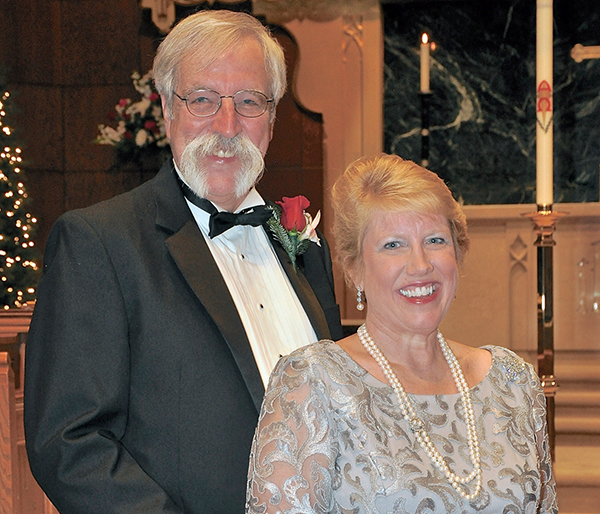 The Rev. Rhodes Woolly, senior pastor, officiated at the 6 p.m. double-ring ceremony. The Rev. David With of Clayton served as co-officiant and best man. Anna Everhart of Spencer was the bride’s attendant. Spencer Everhart was crucifer. They are the children of Kelly and Carol Everhart, also in attendance.

Escorted by her son, Andrew Poe, the bride wore a pewter lace blouse with black matte satin tea-length skirt from Virginia’s of Kannapolis. She completed her ensemble with jewelry from her sisters-in-law, Ruth Turner Camp and Dida Turner Parrott of Raleigh, along with pieces belonging to their mother, the late Ann Brower Turner.

Music was provided by Dawn Merrell of Salisbury, organist; and Marsha Carter of China Grove, pianist.

The bride is the daughter of Mr. and Mrs. Edward J. Shinn of Salisbury. A graduate of the University of North Carolina at Chapel Hill, she is a freelance writer. Until her marriage, she was communications assistant for St. John’s.

The groom is the son of the late Mr. and Mrs. James B. Turner Jr. A graduate of Wake Forest University, he is self-employed as a contractor.

The Turners are living in Raleigh, and will honeymoon in London and Paris in March.