No cause yet on three-alarm Kannapolis church fire 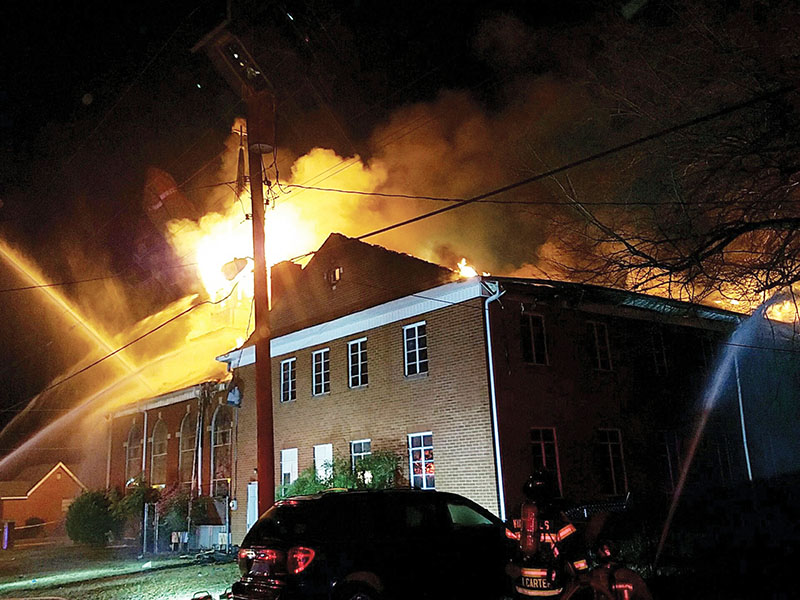 KANNAPOLIS — No cause has been determined yet for an early Saturday morning fire at a Kannapolis church, but officials have said the fire did not appear to be intentionally set. Multiple fire departments and personnel responded to the fire, which occurred just before 6 a.m. at Grace Baptist Church.

Fire crews had the fire under control sometime after 7 a.m. Early reports indicated the church’s roof collapsed. The church, which is located at 1409 East 11th St., has been a community fixture for decades. No injuries were reported. The church has plans to continue with services today, according to reports.