‘We need to start eating this elephant:’ School board looks at capital needs 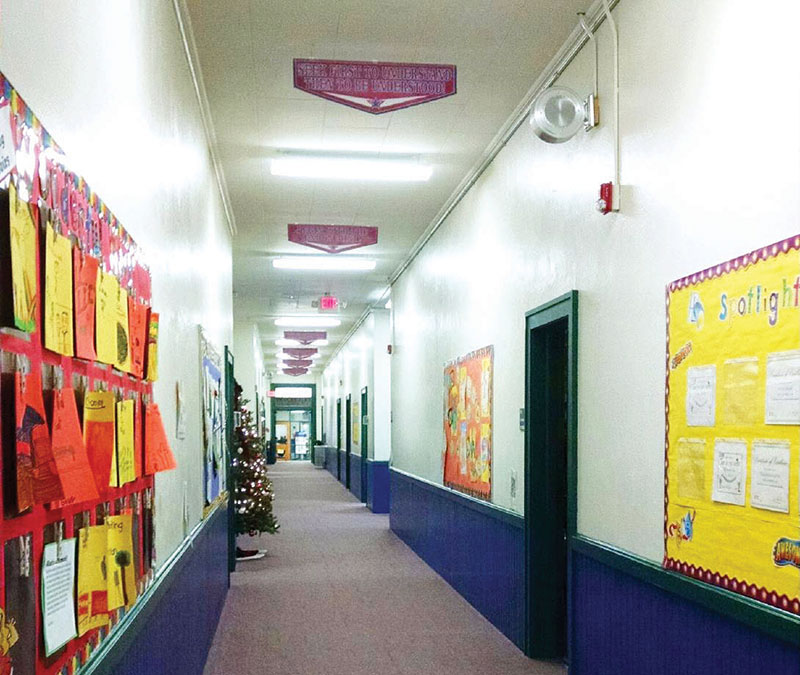 SALISBURY — While some things are looking up for local schools, the Rowan-Salisbury Board of Education is still grappling with the issue of high maintenance costs.

In an all-day budget retreat held Tuesday, Assistant Superintendent of Operations Anthony Vann said the school system has about $208 million in capital needs — most of them in heat and cooling systems and other general upgrades.

Vann said about 60 percent of the district’s 35 schools are 50 years old, with more than one approaching 90 years.

“And just to put things in reference, Calvin Coolidge was president when these schools were built,” he said.

Several years of deferred maintenance on school buildings have resulted in what Vann called a “substantial” bill. Several buildings — including Woodleaf and Cleveland elementary schools and Knox Middle — are marked as in need of replacement according to standards set by the state Department of Public Instruction. Knox has a $40 million price tag in repairs and upfits. The main concern, Vann said, is the heating and cooling systems, which were listed as a need for nearly every school. Schools received new systems after a 1994 bond issue passed, but those systems are nearing the end of their lifespans.

“We’re going to have a huge group of systems that are all going to fail or go out at approximately the same time,” he said.

The cost to replace all HVAC systems in the district would be about $40 million, and it would take two to three years, Vann said.

“I just want to maybe caution us to assume that just because a building’s old doesn’t necessarily mean it’s more costly,” Hunter said.

Vann agreed, and said much of that cost breakdown comes down to construction materials. In the past, the system may not have used materials that had the longest life expectancy.

Compared to older schools with better materials, some newer buildings don’t hold up.

“Now age is a contributing factor,” Vann said, “no doubt about it. But there are other factors.”

Hunter asked if it would be accurate to say that age is more of a factor for continuing costs but not necessarily for capital needs, upfitting or repairs. Vann agreed.

The board spent some time discussing Overton Elementary and Knox Middle schools. Overton has $2.23 million in capital needs, but it also needs to be brought up to code. At that point, Vann said, the district would invest so much money in it that it might be more prudent to put the funds toward a new facility.

Hunter disagreed, saying it would be better to invest a few million in a building that otherwise is not a safety problem than to spend $30 million on a new school.

Board member Dr. Richard Miller suggested the possibility of a kindergarten-eighth grade facility for Knox and Overton.

Board member Travis Allen said a K-8 facility that shared a central hub — a cafeteria, gym and media center — sounds like a way to get “two birds with one stone.”

“You’ve got to jump on some of those crazy ideas,” Allen said in an interview after the meeting.

During the meeting, Allen expressed concerns about the future of the school system. Now, the board has its hands full with the capital needs of 20 elementary schools. But in five or 10 years, Allen said, school leaders likely will be dealing with high schools as well.

Board Chairman Josh Wagner added that an aging school is not like an aging house — you couldn’t just remodel it.

“These aren’t appreciating assets,” he said. “There’s no value to these for us. … It’s not like a home where you put $10,000 in and you sell it for another $20,000. We’re not in that situation. So just because it’s easier to spend $5 million than $20 (million) doesn’t mean that it makes sense, because you’re literally throwing money away and you will never, ever, ever recoup a dime.”

One high school is already a concern.  According to meeting documents, Henderson Independent High School, which has an enrollment of about 101 students, has $2.6 million in capital needs. The alternative school serves students who have difficulties in a traditional schools.

With such a small student population, board members argued, a new building could be constructed or the program could be rehoused.

“If we’re asking for $2.7 million in capital, that shouldn’t even be a request if we can do it in another way,” Hunter said.

Some board members suggested moving the program to another school, but Vice Chairwoman Susan Cox, who formerly taught at Henderson, cautioned against mixing students from Henderson with students from a regular high school. It might disrupt some of Henderson’s programs, she said.

Board member Jean Kennedy agreed and said the issue is “not as simple as just using space.” While she was in favor of finding a smaller space, Kennedy said she would not be in favor of returning students to a traditional school.

Allen suggested that perhaps Henderson could use a closed-off wing of an underpopulated school.

“You could designate wings to where the populations never mix,” he said.

But he added that he would yield to Cox and Kennedy’s experience with alternative programs. Superintendent Lynn Moody said she thinks Henderson is definitely “something we should look at,” but she cautioned against placing the program on the campus of a traditional school.

“I do not feel like Henderson is an unsafe school, but it is perceived that way by the community. And perception is a lot of what we battle for public education,” she said.

If the program were moved to a traditional campus, the “perception of that school will kill us with charter schools.”

The board agreed to look into the matter further.

The board voted unanimously Tuesday to form a committee to tackle capital needs. The board will consider what it would like the committee to look like at its Jan. 23 business meeting. Cox said she was pleased with the decision, as she advocated for the formation of such a committee during her re-election campaign.

Board member Alisha Byrd said she is in favor of the committee because it would help rope in the community.

“Keeping them informed and educated on what we’re doing is necessary,” she said.

Miller said that forming a committee is one way to get the community engaged and involved in the discussion. But he emphasized that the board needs to start working on capital needs and figuring out the next step as soon as possible — even if it means starting small.

“We need to start eating this elephant one bite at a time,” he said.