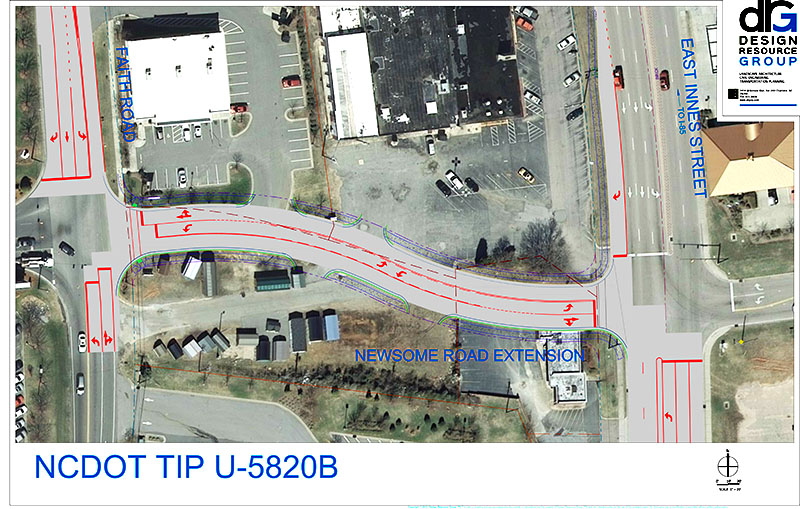 SALISBURY – The public was able to ask questions and comment on two new proposed roadway projects during an open house public meeting on Thursday.

The two proposed North Carolina Department of Transportation projects are included in the State Transportation Improvement Program. One project, led by NCDOT, will improve East Innes Market Drive and extend it west to Bendix Drive. The second project, led by the city of Salisbury, will extend Innes Market Drive east from the Faith Road intersection to connect to Newsome Road at East Innes Street.

The goal of the projects is to increase connectivity, access and traffic flow, as well as accommodating the expected growth in the area, according to Tracy Parrot, one of the officials the public was able to talk with during the open house.

Construction on the Innes Market Drive extension to Bendix Drive is expected to start in the summer of 2018.

Parrot said when that project is complete, the Faith Road and Bendix Drive intersection will be right in, right out.

About 40 people attended the open house, most in the first hour of the event. There were displays showing a map of the area and where the proposed roads would be, along with displays of other information.

Dan Mikkelson, one of the attendees, said he thought the projects would improve walkability for people in the area because they included sidewalks.

“I’m really glad that it’s got sidewalks,” he said.

Mikkelson now works for Alfred C. Wilson & Co. General Contractors, but he was a city engineer when the project was first included on the long-range transportation plan.

He said people will enjoy being able to walk to the businesses at Innes Street Market.

Diane Hampton, senior planning engineer with NCDOT Division 9, said she did not hear any negative comments during the event. She said it is important to hold open houses like the one on Thursday to let the public know about the project, answer any questions and take suggestions. It is also nice to let people know the timeline of when they expect the project to be completed, she said.

Input from the public will be considered to refine the project alternatives and design concepts, according to a handout from the meeting.

Comments can be submitted via mail, email or by phone by Jan. 27.

For comments or questions about the Innes Market Drive extension to Bendix Drive, contact:

For comments or questions about the Innes Market Drive extension to Newsome Road, contact: