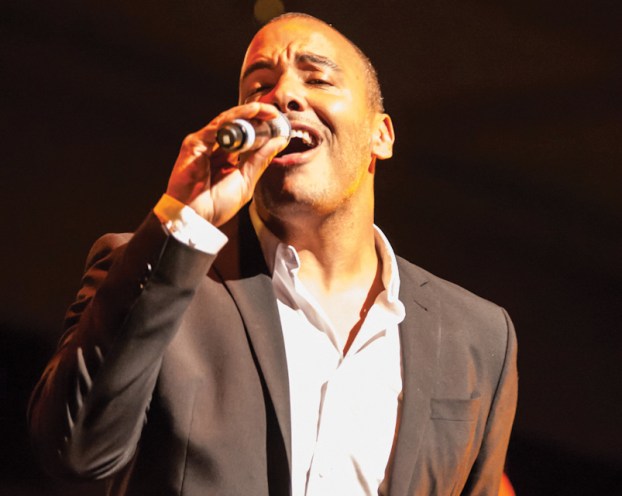 Winston-Salem Symphony to present the music of Michael Jackson

Under the baton of Winston-Salem Symphony Assistant Conductor Jessica Morel, the Symphony, along with singer Gavin Hope and the Jeans ’n Classics Band, will celebrate Michael’s long and successful career, ranging from the earliest Jackson 5 hits and solo hits from Off The Wall, Thriller, and Bad.

The Music of Michael Jackson will take place at Reynolds Auditorium, 301 N. Hawthorne Road in Winston-Salem. Tickets range from $20– $67 and are available in advance by calling the Symphony Box Office at 336-464-0145 or online at WSsymphony.org. A great ticket package, the Thriller 4-Pack, is available and is an excellent value. It includes four tickets for as little as $65 depending on seating. With the Thriller 4-Pack you can purchase additional tickets for 20% off. The Thriller 4-Pack is only available by calling the Symphony Box Office at 336-464-0145. It is not available online.

In addition to the concert on February 10, the Symphony will be hosting Sip ‘n Symphony, a kick-off event for The Music of Michael Jackson, on Tuesday, February 7 at 5:30 p.m. at Carolina’s Vineyards & Hops at 1111 Marshall Street in Winston-Salem. Attendees will enjoy cocktails (including one free drink from a select menu of wines and craft beers), hors d’oeuvres, 80s inspired trivia, and live music by Winston-Salem Symphony musicians. The winners of the trivia contest will win free tickets to The Music of Michael Jackson.

With his lightning speed comedic timing, skills on the dance floor, and a truly exceptional, emotional voice, Gavin Hope is a natural born performer and fan favorite. His diverse career includes song, stage, television, and film. He has performed all around the world sharing the stage with such greats as Aretha Franklin, Natalie Cole, Jill Scott, James Brown, and Deborah Cox, to name a few. His theatre highlights include lead roles in the original Canadian companies of RENT and The Lion King (Mirvish), The Tempest (CanStage), As You Like It (CanStage), and Smokey Joe’s Café (Stage West). Hope is also known for his work performing as a member of Canadian a cappella vocal group The Nylons, with whom he has toured the world and recorded six studio albums (two of which were nominated for Juno Awards). Hope is happy to have found another home with the Jeans ’n Classics band as a core vocalist and is thrilled to be performing the fantastic music of Michael Jackson, Earth Wind and Fire, Motown, Prince, Stevie Wonder, Rocky Horror, and more, with wonderful orchestras across North America. For more information visitgavinhope.com.

Peter Brennan’s Jeans ’n Classics is a group of musicians who understand orchestra culture and are committed to help build younger, loyal audiences for symphony orchestras across North America. While most definitely not a tribute act, Jeans ‘n Classics faithfully interprets the music of legendary rock and pop albums and artists, with their own special and signature flair. Jeans ’n Classics works with over 100 orchestras in venues throughout North America, and has created almost 1,000 original rock and pop orchestrations that are presented across 45 unique and exciting productions. For more information visit jeansnclassics.com.

About the Winston-Salem Symphony