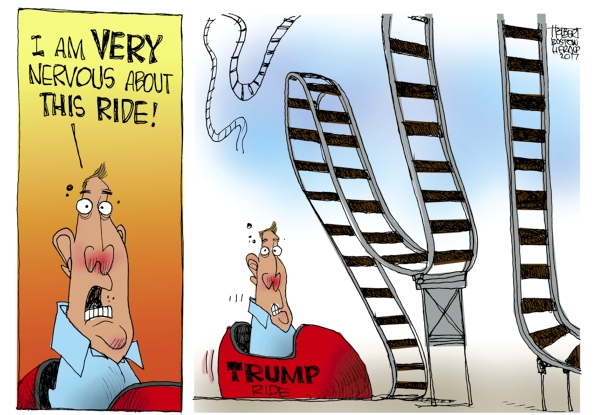 What a wonderful man. If we could all have fathers like him, what a great world this would be. God bless his family.

This man was a great friend. He was my Little League coach for several years. He is one of my favorite childhood memories. He always remembered his players and made a point to always be kind and encouraging. He was so fun to be around!

Even as an adult, when I saw him out in public he always greeted me by shouting my name and giving me that big grin of his. He would always say I was the best catcher he ever coached. (He told all his former kids that. LOL). He was an icon in Woodleaf.

Words can never give justice to express the feelings that I have for this man. More times than I can count, he has had to sing the song “Don’t Give Up” just for me to make it another day. The lessons he taught me will stay forever. Even though I was not his biological daughter, he treated me just like I was. … Rest well, Dad, you ran a good race.

Shirley and James helped Bill when he was milking at the Bailey dairy. They had so much fun and I’m not really sure that any of them got their work done, but they did. Shirley came when Bill died and had tears running down his face. He always was looking after others. He was a great friend. He also has a wonderful family.

“May the life I live speak for me” — and yours did. Rest well, Mr. Cuth- bertson!

This is such great space, and it is time to move forward with developing it to its full potential or selling it before it becomes a haven for unsavory activity

1. The current legislature does NOT represent the will of the people. Gerrymandered districts and voter suppression remove any claim. Many in this crew have no respect or regard to their constituents’ will or needs. Fact.

2. Many statutes passed by the N.C. General Assembly …  do not in any way benefit the citizens of this state — I-77 toll roads, “tax reform,” increased license fees., just to name a few. Fact.

3. The power grab by the General Assembly in the last weeks of December violates the very core of enlightenment ideals. …  The likes of Jefferson, Adams and Hamilton are rolling over in their graves. Fact.

4. Expansion of Medicaid. Explain why the poor and most needy N.C. citizens don’t need health care and why N.C. would not expand the program when there is no (initial) additional cost. … Fact.

5. And, finally, Gov. Cooper. Thank the heavens above, Pat McCrory is gone (will of the people). McCrory simply became an expendable pawn for NCGA/NCGOP policies (HB2 and others). If Cooper stands up and fights for the citizens of this state, then he has my respect. … Fact.

And one additional note: Don’t speak of “progressives” as such a negative term. Many policies that benefit the common worker and common citizen were won during the Progressive Era.

At least you will have the next four years (and hopefully eight) to complain about Gov. Cooper trying to undo the damage the Art Pope legislature has done the past few years. You just keep on writing. Nobody needs to listen.

In addition to the tower, why couldn’t Livingstone bring back WSTP? It could air high school sports and there could be more variety.

Kudos to the city of Salisbury as well. Living on a side road within city limits (Milford Hills neighborhood), I was surprised to see a snowplow pass my house several times on Saturday morning. Venturing out, I found most of the roads within the city cleared enough that I felt safe driving. Obviously, they were well-prepared and handled the situation well.

You mean fake news like “Hands up; don’t shoot,” Benghazi was caused by a YouTube video, NBC and CNN editing and lying about the George Zimmerman tape, the Rolling Stone rape story, Hillary landing under sniper fire, “If you like your health care plan, you can keep it; if you like your doctors, you can keep ’em,” Donald Trump has no chance of winning.

The quickest way to get rid of fake news is to quit watching the mainstream news.

I hope you include Fox News, Rush Limbaugh,
Breitbart and Trump’s tweets. Let’s call them all lies and move on.

I agree with the essence of the piece and would like to see the already hackneyed term ride off into the sunset.

While we are cleansing our national consciousness of co-opted terms and convenient labels, let’s stop the egregious misuse of the terms “racist, sexist, homophobic, xenophobic,” etc., to define anyone who opposes rampant liberalism. This is comparable to kicking over the game board when one is out of moves and then claiming victory.

Moreover, please, please do not depend on Facebook and the internet as sources of serious news.

… Editorial: The reality of ‘welfare’

Thank you for shedding some badly needed light on the breakdown of the “welfare” program. Clearly the Duke Endowment Initiative, working with all of Rowan on major and critical health problems escalating the need for Medicaid services funding, has its work cut out for it in order to address the gap that will surely come as the new administration digs into public programs to cut.

As with all government programs, and large private ones as well, it’s necessary to know the facts of how the monies are spent.

Way too many facts for this piece to be of any use around these parts.

… Hardin working to bring Boys and Girls Club to Salisbury

Quite a few of the local teens cannot even write their own name. They need a place to learn how to run a household, cook meals, make a budget, write a check, do a short income tax page. They need to be taught that they are the future of the USA and to be proud of who they are, no matter race or creed, and to respect others and themselves.

There are a lot of absent parents and also those who don’t give a flip. Whatever the fees, consider that many who need help have no funds to join. Hoping you have plenty of encouragement, funds and interest in this program.

This is a great initiative. I applaud the efforts of all those involved. This is something that has been needed for a long time. God bless all of your efforts.

The youth of Rowan County need the continued support of existing organizations such as the Scouts and the YMCA, but they also deserve the chance for additional support/benefits from new endeavors.

In my opinion, the YMCA is a wonderful organization, but it seems to continue to harbor exclusive membership. It remains cost prohibitive for middle income families who are above the threshold for assistance.

I worked in the Concord area for many years and was in awe at the success of the Boys Club and the level of support provided by the community at large. Darts to the local naysayers who continue to protect their turf and stand in the way of new organizations and movements that may improve our community through the development of its youth.

Being a former teacher of Isabella, I am so very proud of her and all of her achievements. She is such a hard worker and wonderful student. I hope that we always stay in touch with each other. I appreciate her support system because they really have been there for her. (Go, John!) She really has a bright future ahead of her.

… School board to hold all-day meeting

Applause to the school board for allotting the extra time for these crucial topics. Please invite all legislative representatives.

I do not envy the task that lies ahead for our school board and staff leadership. The legislation if unchanged would lend itself to redistricting, consolidation and some school closures. But those existing schools are so sacrosanct, that even the mention of closing a school like Faith Elementary, Knox Middle or Salisbury High causes an uproar.

So should we ready ourselves for a tax increase to cover the extra $2.8 million in annual expenses, so that the status quo will not be disrupted? I do not know the answer.

My dad, John Baker, was the biggest influence on my life. He was always there for me to guide me, love me, and encourage me. Can’t imagine my spiritual life without him, let alone my physical life without him.

… Firewood ministry helps those that need it most

Nice. Stories like this mean it’s a really slow news day and no one was shot.

What a blessing to our community! Great job Randy (Elium) and friends!