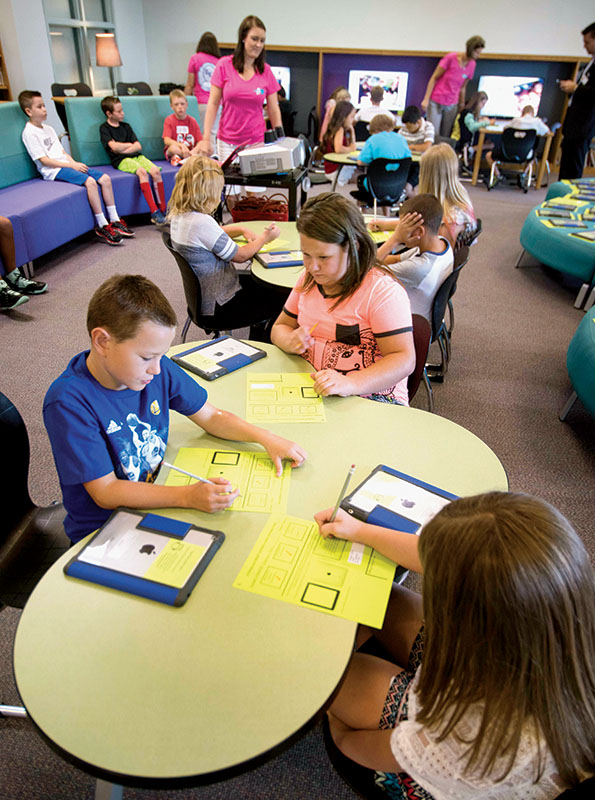 SALISBURY — Rowan-Salisbury Schools is wrapping up the third and final year of its contract with Apple, Inc. For several months, staff have been examining various vendors to supply staff and students with tablet and laptop computers, but appear to be leaning towards Apple.

During the Rowan-Salisbury Board of Education’s all-day budget retreat Monday, Superintendent Dr. Lynn Moody recommended the school system renew its contract with Apple.

The discussion was an overview and not a formal presentation of the issue — that will come during the board’s Jan. 23 business meeting, with the board expected to make its choice sometime in February. As such, no official numbers or pricing were available, but Moody said the contract would be a significant chunk of the 2017-18 budget.

However, Moody took the time to discuss the benefits of continuing with Apple and the potential downfalls of switching to another platform. While staff looked at contracts with Chromebook and Microsoft, among others, they were hesitant to switch in case the change triggered another implementation dip.

District test scores plummeted at the end of the 2014-15 school year after the system launched its one-to-one initiative — a drop that Moody attributed to students and teachers becoming familiar with using technology.

Now, teachers and students have acclimated to the products, and the school system has poured in a not-insignificant number of resources and hours of professional development.

Moody also pointed out that many of the devices will be able to be sold back.

“And we’re really very pleased with the numbers we’re getting back on that,” she said.

Though some of the stock has weathered bumps, bruises and replacements, the majority appears to be in good shape, Moody reported. Students have taken good care of it; a fact Moody attributes to two things: the lease fee — $25 for iPads, $50 for laptops — and students’ ability to take the devices home once they reached third grade.

“They got to take it home, it became personal — it became theirs,” she said.

The district was also leaning towards Apple, Moody said, because Apple products lent themselves well to offline work.

“This is the one technology tool that allows students to work at home even if they don’t have internet,” she said.

Other suppliers, such as Chromebook, were “like a brick” without internet, she said.

Much of the district’s infrastructure and software is built around Apple, as well.

While numbers were not available at Monday’s meeting, Moody said she was “pleased” with the way negotiations were going with Apple, and hoped to cut as close to the cost of the original contract as possible.

In 2014, after county approval, the district repurposed $12 million from textbook, copying and other miscellaneous funds to be paid out over three years. In return they received 16,555 devices – 7,315 MacBook Air laptops and 9,240 iPads.

Moody and board Chair Josh Wagner hinted Monday that costs have gone up a bit in the last three years, but said the price point is ever-shifting.

“So it is a constantly moving thing,” Wagner said.

Board member Richard Miller said that at the formal presentation he’d like to see price comparisons and between different companies and a list of pros and cons for each, but agreed that it may be best to stay the course.

“I think changing horses makes no sense with what we’ve invested in our staff and processes,” he said.

Board member Travis Allen said that the costs in general have increased after three years, and added that if the district switched providers it would be “starting all over.”

“I think we’ve got something good going and I’d hate to try and change it,” he said.

The information will be formally presented to the board at its Jan. 23 business meeting. The meeting will be in the Wallace Educational Forum board room, 500 N. Main St. at 5 p.m. Public comment will be held at 6 p.m.

Home in Faith surrounded; no one inside