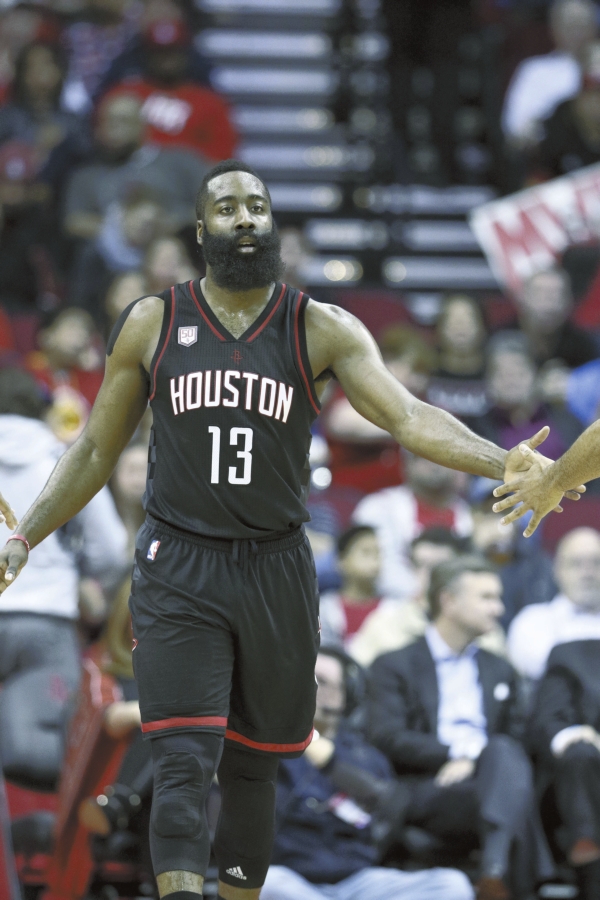 HOUSTON (AP) — James Harden had 40 points, 15 rebounds and 10 assists for his second straight triple-double and the Houston Rockets outlasted the Charlotte Hornets 121-114 on Tuesday night for their ninth straight win.

The Rockets missed 10 straight shots and let an 18-point lead evaporate before coach Mike D’Antoni called a timeout with 2:26 left. Ryan Anderson made Houston’s first shot in more than four minutes with a 3-pointer out of the timeout, and after a block on the other end, Harden’s layup put Houston up 115-111 with just over a minute to play.

Kemba Walker cut the deficit to one with a 3-pointer, but another layup by Harden made it 117-114 with 28.6 seconds left. Charlotte missed three 3-point tries in the final seconds.

Harden got his 11th triple-double this season and 20th in his career. Tuesday’s performance comes after he had 40 points, 11 assists and 10 rebounds in a win over Toronto on Sunday to make him the fourth player in NBA history with at least 40 points, 10 rebounds and 10 assists in consecutive games.

Walker had 25 points for the Hornets, who dropped their third straight.

Houston led by 18 after a 3-pointer by Corey Brewer with about eight minutes remaining. A 21-2 run by the Hornets followed and put them ahead 111-110 with about 2 1/2 minutes left. Frank Kaminsky got that run going by scoring the first five points and made two 3-pointers later in that stretch, including the one that put Charlotte on top.

Houston was up by 20 after a 3-pointer by Anderson with about nine minutes left in the third quarter. The Hornets then used a 12-3 run to get within 75-64 about four minutes later. Marvin Williams and Walker both had 3-pointers during that stretch.

A 3-pointer by Trevor Ariza extended Houston’s lead a bit after that, but Charlotte cut the lead to 11 again later in the quarter. This time, Houston responded with a 12-6 run to close out the quarter and take a 96-79 lead into the fourth. Harden powered that run with seven points.

Hornets: F-C Cody Zeller sat out with an illness. … G Nicolas Batum missed his second straight game with a hyperextended right knee. … Williams had 16 points and Kaminsky had 22.

Rockets: G Eric Gordon missed the game with a sprained left big toe. … Ariza finished with 16 points. … Houston led by as many as 23 points. … The Rockets had 25 fast-break points to just two by Charlotte.