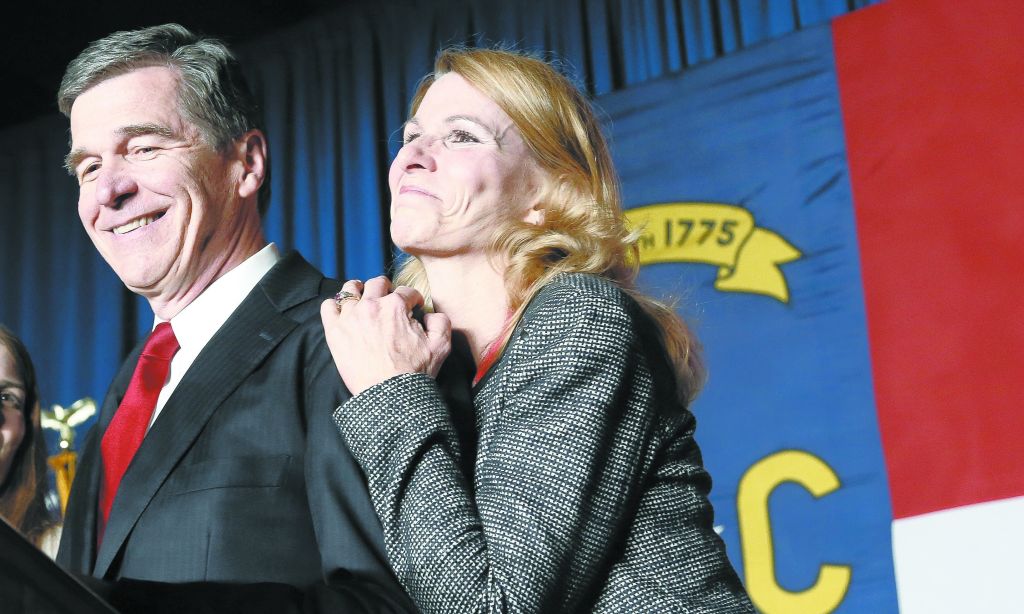 The election of Democratic Gov. Roy Cooper should surprise no one.

During the past 100 years, no state in the continental United States has elected more Democratic chief executives or fewer Republican governors than North Carolina.

Only Hawaii has elected fewer Republican governors — one governor who was elected to two terms.

North Carolina is, of course, a purple state, with a split mind about politics.

The GOP presidential candidate has carried North Carolina in 11 of the past 13 presidential races. Of the past 16 Senate races, Republicans have won 12 of them. We have a Republican majority in the legislature.

So why are North Carolina voters so schizophrenic – tending to send Republicans to Washington and Democrats to run things in Raleigh?

I have several thoughts on the subject.

Federal races tend to be more about ideology, and North Carolina voters often voice their conservative views on issues ranging from limited government, a strong military, pro-gun rights, and so forth when they vote in federal races.

Races for governor – the HB2 bathroom bill being the exception – tend to be less ideological. They are more about improving roads and schools, and recruiting industry.

Most North Carolina governors have been centrists – center-left for the Democrats and center-right for the Republicans. McCrory was elected in 2012 as a self-described “Eisenhower Republican,” featuring soft-focused TV commercials promising to work with Democrats just as he did when he was Charlotte mayor.

But that was before he was overwhelmed by a sharply conservative legislature.

Republicans like to portray North Carolina government under the Democrats as controlled by left-wingers. But that is political talk that should be taken with a grain of salt. Before McCrory took office, North Carolina state government had a AAA bond rating from the Wall Street bond houses, and was routinely rated as among the best states for business in the country — both distinctions it maintained under McCrory.

North Carolina ranked 45th in the country in state government per capita spending growth in the years between 2001-2011 (under Democrats), according to a study released in 2013 by the conservative Tax Foundation.

The Democrats’ dominance of the governor’s office can, in my view, be attributed to two things. Prior to the 1970s, North Carolina was part of the one-party South controlled by Democrats.

Since then, North Carolina has maintained a viable Democratic Party — unlike some Southern states — by nominating pro-business moderates.

The influence of four-term Democratic Gov. Jim Hunt in helping keep North Carolina in the Democratic column cannot be underestimated. Democrats Mike Easley and Bev Perdue were in the same philosophical mold.

Even as much of the South has gone Republican, North Carolina has continued to elect Democratic governors.

Since 1992, Democrats won in six of seven gubernatorial elections. Only three states — Oregon, Washington and Delaware — elected more Democratic governors during that period.

North Carolina had two well-regarded and effective Republican governors in Holshouser and Martin. If McCrory had governed more like them, he would likely be beginning his second term.