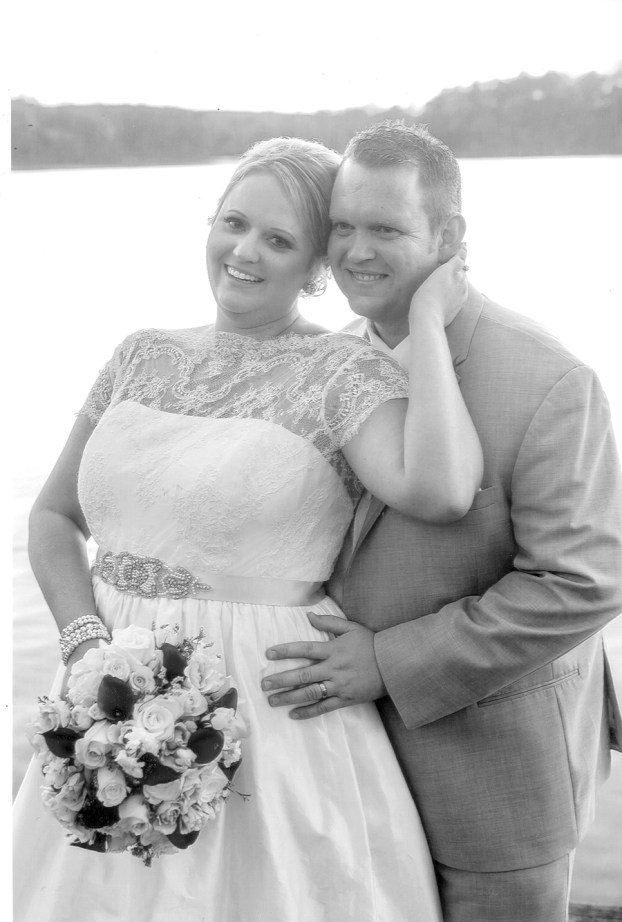 The bride is the daughter of Cheryl Steuterman of Indian Trail and James Steuterman of Pennsylvania, and the granddaughter of Peggy Kolb and the late Harold Kolb of Indian Trail. A 2003 graduate of Notre Dame High School in New Jersey, Tara received her Bachelor of Arts from Johnson and Wales University in 2007. She is currently employed in management at JC Penney.

The groom is the son of Becky and the late Bill Brown of Salisbury, and the grandson of the late Bill and Viola Brown of Landis and the late Floyd and Peggy Freedle of Welcome. A 1998 graduate of South Rowan High School, Derek received his Bachelor of Arts in psychology and special education from the University of North Carolina at Charlotte in 2003. He is currently employed at Eastern Guilford High School in Gibsonville.

After a wedding trip to the Bahamas, the couple are making their home in Greensboro.