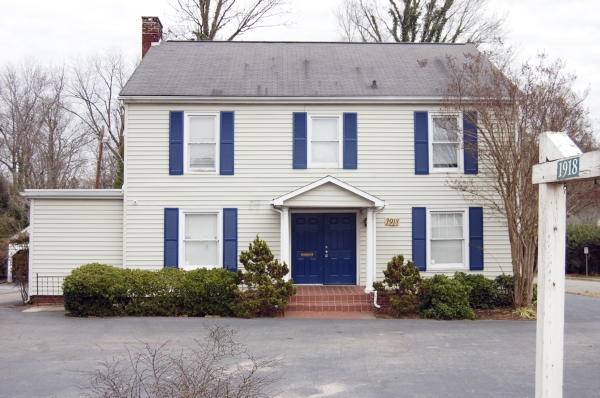 SALISBURY – The Salisbury City Council approved a rezoning Tuesday to allow a property on West Innes Street to become a permanent dormitory for Catawba College despite objections voiced by some residents.

The former office building was rezoned from mixed use to institutional campus, and a General Development-A overlay designation was removed.

The request came from Bill Graham, the property owner and an employee of Catawba College. According to city staff, the building at 1918 W. Innes St. has previously been a bar, general offices and the headquarters for ARC of Rowan.

Before the rezoning, the property had a temporary use permit to operate as a student dorm or boarding facility.

A few people spoke in opposition to the rezoning during the public hearing.

Ann Brownlee said the college has shown “disrespect for (the surrounding neighborhood’s) quality of life, and we envision that this would be another opportunity for them to continue this.” She cited other properties that the college have asked to be rezoned and failed to get approval and said Catawba is still using them inappropriately.

Brownlee said there are parking and noise problems stemming from the college.

“We need fewer students in the neighborhood and not more,” she said.

Gwen Matthews said she thinks the college and neighborhood residents can live well together but said the college needs to be held accountable.

“It’s important that we try and find that medium,” Matthews said.

Frances Taylor spoke as a representative of Catawba College. She said the dorm will be for upperclassmen and provide three disability-accessible rooms that the college does not currently have.

“The specific intent of the owner … was to support the growth of Catawba College, …” she said.

Councilman Kenny Hardin asked Preston Mitchell, the city’s Planning and Development Services manager, whether the city has looked into the other properties that were cited as not in compliance with zoning.

Mitchell said the other properties are part of a larger scale rezoning that the department has asked the college to seek but Catawba has not acted yet.

“That’s unfortunately not what we’re talking about today,” Mitchell said. “So, although that tends to muddy this consideration, we are only talking about (the 1918 W. Innes St. property) today.”

Later in the meeting, Taylor said the college is working on an application to get all the properties in compliance and wants to have it submitted in the next 45 days.

Councilman Brian Miller said he was in favor of the rezoning because the college needs more students to thrive and those students need a place to live.

“And that is good for Salisbury if that happens,” he said.

He asked that the Planning Board and Catawba College work together to study the area and speed up the rezoning process.

Miller made the motion to approve the rezoning, and it was approved unanimously. Councilman David Post recused himself from the case because he owns property near the building being considered and said did not want the appearance of a conflict of interest.