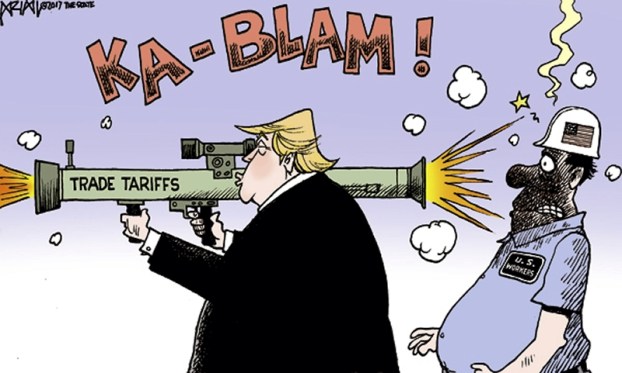 Instead of this document, let’s create and share a crime control plan or a citywide economic development plan with the public. Let’s put some steps together to stop this out-of-control gun violence and create jobs instead of this pointless symbolism. Let’s create and share a plan of how we’re going to build a better relationship between the police and underrepresented communities so the murder of a child gets caught. That’s real work.

Three to four months ago, Commissioner Craig Pierce and I worked together on a great plan that he came up with that would provide housing for new teachers and police officers in communities with challenges. The Habitat-style houses would be offered at $200 per month with five being built per year. This would turn a problem community around in two years. We called a meeting that included representatives from the city, county and school board. Greg Edds was a participant. The initiative fell through without it even being taken back to the respective boards for further discussion. Yet, four months later, we’re being asked to sign a form for collaboration and new ideas.

This is nothing but Greg Edds campaigning for higher political aspirations at the citizens’ expense. More smoke and mirrors with no substance and just a hint of condescension. Very sad for the county.

I don’t care which side of the issue you are on or what the issue is, if people do not start seeing Kenny Hardin for the self-righteous, look-what-I-have-done, let-me-speak-to-get-attention person that he is and stop it, things will never get better.

We all have our personal opinions about our elected officials’ personality traits, language, behavior. Certainly our recent election proves that we all fall prey to our biases. However, beyond those very personal opinions, we strive (I hope) to concentrate on policies brought forth for our community, their viability, their potential, the need they fulfill.

In that regard, I voted for Kenny Hardin and I will vote for him again. Why? Because he has steadfastly done what he said he would do — argue for transparency, demand better services for marginalized neighborhoods, demand clarity for budget items, and cut through bureaucratic BS. The fact that he calls people out without hesitation simply speaks to the “civility” of which Greg Edds speaks, but which to many reads like phoniness because nice words are so often only that — empty words.

… Salisbury man accepts plea in 2015 murder, sentenced to over seven years in prison

I want to apologize to the young man’s family. I wasn’t there, but I pray that the Lord keep my nephew safe. I believe in my heart that he took the fall for somebody. I pray that these young men do something more productive with their lives. Because I know that my nephew was raised right. Young men and women, please pick your friends more carefully. I plead you to.

Please don’t judge him or his family. Please pray for my nephew’s soul.

Dwayne, your suggestion is solid. This would clarify the issue in a public venue as well. Too many don’t know any transgender people, and that makes it scary and abnormal.

“Scary and abnormal” to not know any transgender people? Please keep me in the normal people’s world …

All a candidate needs to do is open his or her mouth and express attitudes and positions regarding education. We can determine where a candidate stands without a political brand. Education should be nonpartisan. Public schools must be free of politics because false issues become focused on party ideology instead of teaching, learning and the well-being of our children

The only reason to promote partisan labels in these races is to promote blind party loyalty. This, in turn, promotes uninformed voting, as people only look for the “R” or “D” next to candidate names. How is that “true democracy?”

Furthermore, your stated belief that nonpartisan races lead to candidates winning without gaining a majority of votes is flawed to the point of simply wrong. A multitude of candidates for one seat is what leads to that. This is called a plurality system, whereas you mistakenly believe that partisan races would ensure a majority system. Of course, you would argue that primaries would ensure not having multiple candidates from one party. This is true, as you’re less likely to have two R’s and a D running for one seat. However, the door would still be open for your “occasional Libertarians” and “unaffiliated” candidates. Back to a plurality we go.

Would it be appropriate to ask Mr. Miller how a six-year political battle with commissioners over a central office location served “sound educational policy” objectives? What progress or benefit did it serve for 20,000 students in public schools? I ask, because the politicization of the school board proliferated under Mr. Miller’s leadership, without overt partisan labels.

We are proud of this progress and grateful. I hope we continue to be a positive example for other counties. I believe that we will.

… What to do with that Claxton Fruitcake

Back in the ’60s , my aunt would send Claxton fruitcake for Christmas. Mom would crumble it into very small pieces, make her traditional pound cake batter, then fold fruitcake pieces in, bake as normal. Great!

I just repeated this and everyone loved it.

We’ve also had street fights, assaults, robberies, drug trafficking. The last time there were no limits enforced around here, four students were murdered. If you let things deteriorate into anarchy, it doesn’t end well.

This article talks about the acute staffing and other personnel issues faced by the new chief as well as his attempts to address community relations and a high homicide rate. … Chief Stokes has inherited problems that were in the community for a long time; thus it is only right to provide him and others the resources to improve the community. There is a saying “things didn’t get this way overnight so don’t expect them to get better overnight.”

Thank you for a well-reasoned and insightful commentary. We have subscribed to Fibrant since its beginning. The service has been very reliable and the rates have been stable. It is not uncommon, especially when we have guests, to have multiple devices operating in our household, all with amazing speed and continuity. Fibrant is a great asset to Salisbury.

Rex, thank you for your perspective as a relative newcomer to Salisbury. Fibrant is a fantastic service that is certainly underappreciated in this town.

I do not know that I am saving money with Fibrant, but the service has been good. The few times I have had a glitch, I have been able to get in touch with someone quickly — not like when I had AT&T or TWC. My only real complaint comes with paying for a home phone, which I did not do with other companies. I also wish I could choose stations, but that is really not much of a possibility with anyone. I just do not need so very many sports stations!

Good to know this is moving forward. Hate to say it, but downtown is just plain dead. Forty-Six, the Crossfit Gym and the Gem Theater are the only things that have stuff going for it anymore. Three-fourths of downtown is either dead or vacant.

And don’t get me wrong, I am all for preservation of history, but it’s about time the city stopped putting the focus on the old timers who don’t want the town to look different than it did back in their day, as lack of expansion, innovation, and improvements are literally choking this town to death.

…A political casualty, Kluttz sees her run as cabinet secretary coming to end

Susan, thank you for your service to our state as secretary of natural and cultural resources. You have always been so dedicated to doing a job right and with class. I am proud to have been a colleague when you were with the Rowan-Salisbury School System. You made us so proud once again. Welcome back home, dear friend!

Brrrrrrrrr! That’s some major cold. Snow won’t be melting for a few days. I know it’s an old wives’ tale but, folks, don’t make snow cream from the first snow of the year; it carries all the germs and bad stuff that’s been hanging around in the upper air. Now all y’all go get your bread and milk. LOL.

Reams have been written about the end of Gov. Pat McCrory’s administration and the legacy he leaves after serving as... read more