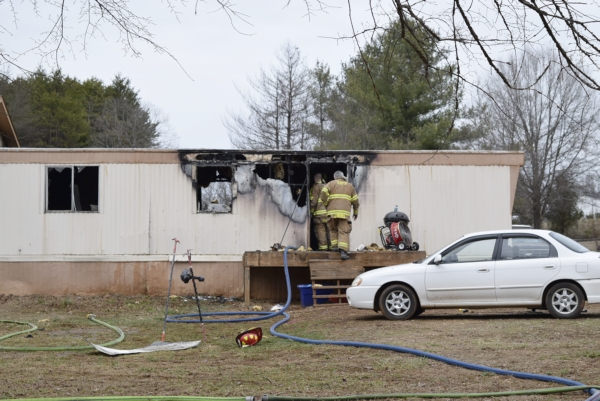 Fire officials say the mobile home which caught fire Thursday in the 100 block of Waccamaw Drive is a total loss. Rebecca Rider/Salisbury Post

One person was displaced after a Thursday afternoon fire on Waccamaw Drive.

According to Bobby Fox, fire chief at Miller’s Ferry Fire Department, the mobile home fire in the 100 block of Waccamaw Drive likely began in the kitchen. There was one person home when the fire started, and he told firefighters he had been cooking on the stove. According to Fox, the man is the home’s only resident.

The home is likely a total loss, Fox said.

KANNAPOLIS – The city of Kannapolis Public Works Department is ready if winter does decide to send us snow. Crews... read more