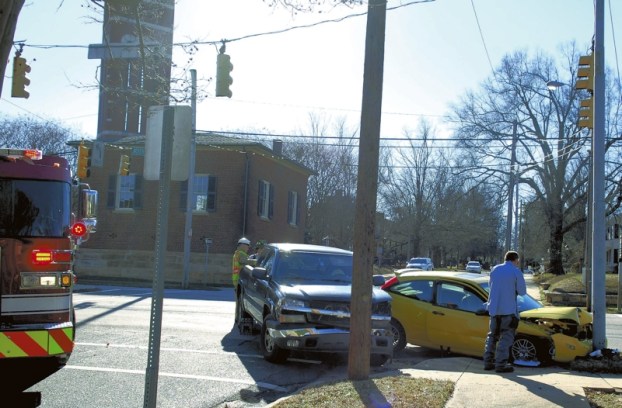 Mark Wineka/Salisbury Post This two-vehicle wreck happened close to 1:45 p.m. Friday at the intersection of West Innes and Jackson streets. No one appeared to be seriously hurt. Traffic was snarled on West Innes Street until the vehicles could be cleared.

The wreck happened close to 1:45 p.m. at the intersection of West Innes and Jackson streets, near the St. John’s Child Development Center. No one appeared to be seriously injured.

Both the truck and car had extensive damage to their front ends. Traffic signals at West Innes and Jackson streets remained in operation, though the car looked as though it might have run into a signal pole.

A political casualty, Kluttz sees her run as cabinet secretary coming to end