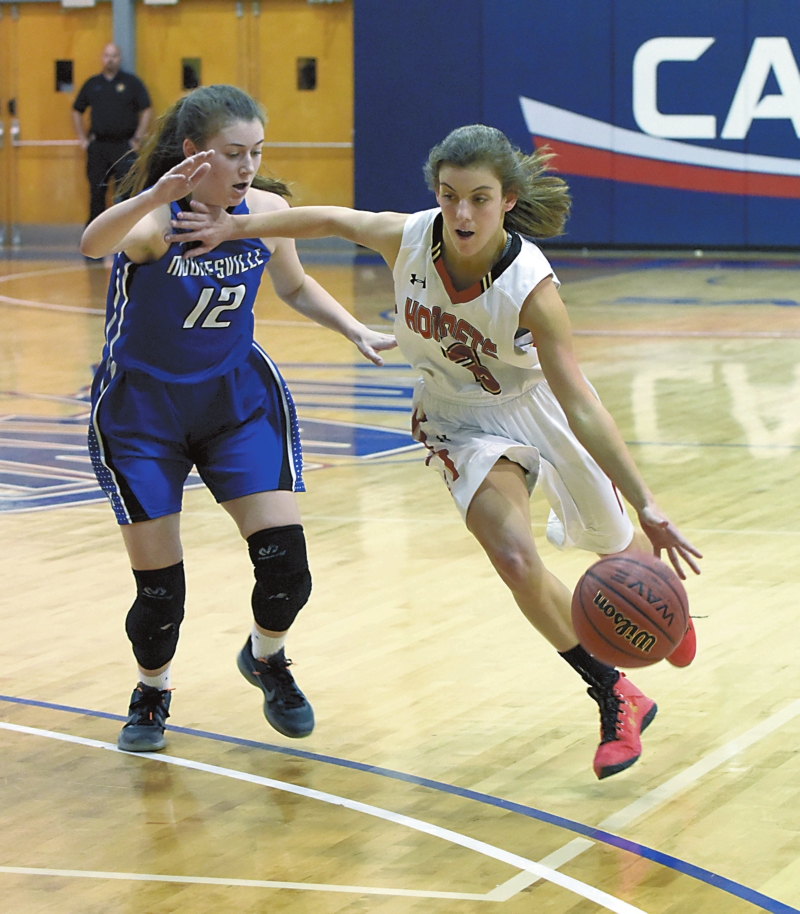 “The key was our defense,” coach Lakai Brice said after Salisbury gained a 58-29 semifinal win. “We got out on their shooters and closed down hard. They’re a catch-and-shoot team and we made them drive. We rotated well, forced turnovers and got out in transition.”

Salisbury (8-1) will face No. 2 seed Carson with a chance to win its first tourney title since taking nine in a row between 2003-11. That’s a lot of history to live up to.

“We’re very excited about it,” Brice said. “When we sat down at the beginning of the year, one of our goals was to make it out of the first round. Now we’ve made it to the finals and have a team that can actually compete for the championship.”

The Hornets got there by playing sneaker-to-sneaker defense — forcing 23 turnovers and limiting Mooresville (7-4) to 19 percent shooting from the floor (10-for-52). The Blue Devils misfired on all 11 of their first-quarter field goal attempts as Salisbury jumped to a 15-1 lead.

“In the first quarter we were getting open looks, but taking bad shots,” Mooresville coach Andy Sparks said. “We looked off-balance and never got good looks inside. When we did, we just missed.”

Salisbury nourished its lead to 25-10 at halftime, capped by senior Maria Capito’s 3-pointer from the left side at the buzzer. It bulged to 51-19 in the fourth period when Capito (13 points) drove for the hole, hit a layup, got hacked and made the ensuing free throw. Sophomore Bryanna Troutman was an impossible-to-ignore factor for the Hornets, finishing with 14 points, 15 rebounds, five steals and two blocked shots. Senior Tyzarea Alexander contributed 12 points and four steals while freshman Anayia Fulson (9 points, 10 rebounds) just missed a double-double.

“They got out in transition, hit the boards hard and got the ball to their playmakers,” Sparks said afterward. “They outplayed us in every facet of the game. We’re normally a pretty good-shooting team, but tonight. This was nothing but a bad version of us.”

Most glaringly was the output of junior sniper Logan Good, who scored 19 points in Wednesday’s first-round victory against South Rowan. She was held to one basket — a too-late-to-matter 3-pointer from in front of the Mooresville bench late in the third quarter.

“We came prepared and worked as a team,” Troutman said. “It was all about stopping the shooter (Good). We played her hard.”