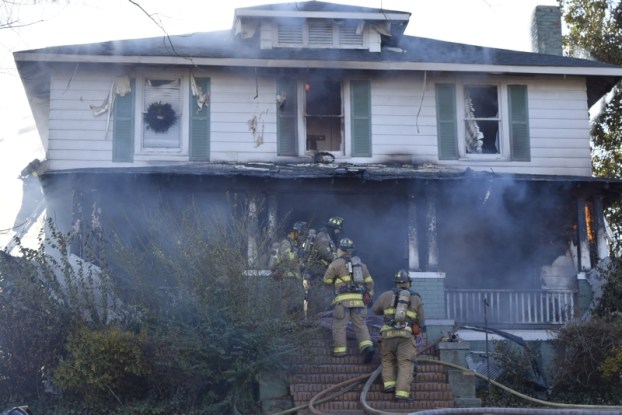 Fire officials said the house which caught fire in the 1000 block of N. Main Street appeared to be unoccupied, and was salvagable but not habitable. Rebecca Rider/Salisbury Post Salisbury firefighters use a ladder to reach the second floor of a home which caught fire early Friday morning. Rebecca Rider/Salisbury Post

The 1000 block of North Main Street was shut down Friday morning as firefighters fought a blaze in an old home in the area.

After clearing the flames on the porch, firefighters went on the offensive, working to clear the first and second floors.

While neighbors told officials that one adult and three children lived in the home, Morris said there was no car in the driveway and they had, as yet, found no one in the house. Attempts to locate and contact the residents had so far been unsuccessful.

The cause of the fire has yet to be determined. Fire officials said the house was salvageable, but not habitable.

We’ll see plenty of sunshine today, but it will be chilly, made worse by west northwest winds at 8-17 mph,... read more