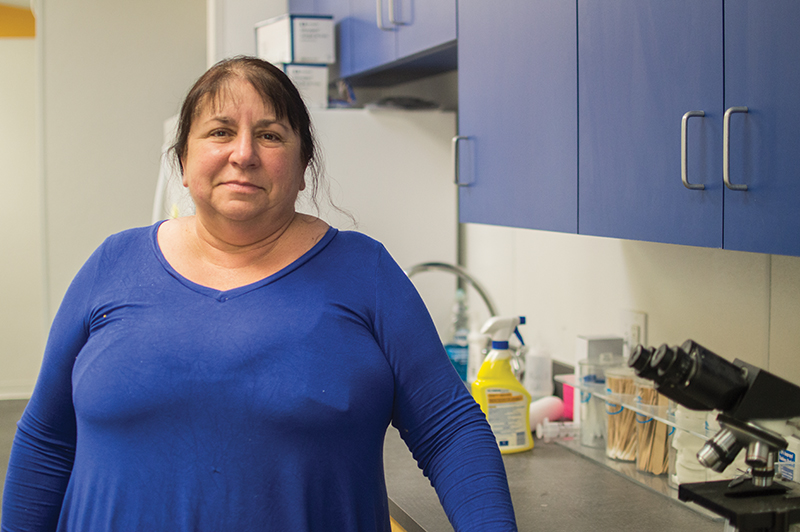 SALISBURY — A new, full-time veterinarian is on the payroll and in-house spay and neuter services are set to begin soon at the Rowan County Animal Shelter.

Animal Services Director Bob Pendergrass said Maristany has been a “real asset” for the facility since she started.

Maristany said she’s excited about the animal shelter position because she wants to make a difference in the lives of animals. She hopes to start programs that aim to educate adopters about the realities of owning a pet. With dogs, for example, Maristany said some people are only interested in owning them for the puppy years.

Her office is located in a wing of the animal shelter donated by nonprofit group Shelter Guardians. It contains a surgery table and various other items pet owners would expect to find in a private veterinarian’s office. In the spring, Pendergrass said Maristany will begin performing spay and neuter procedures at the animal shelter. Currently, adopters receive a voucher for spay and neuter services at a private clinic.

Once internal spay and neuter services start, animals Maristany will conduct the procedure after an animal has been selected for adoption, Pierce said. When the animal leaves, it will have been spayed or neutered, microchipped and received shots.

“The only thing the owner will have to do is maintain the animal’s health.

County officials have planned to start in-house spay and neuter services for months. The shelter doesn’t yet have a specific start date for when the in-house services will begin.