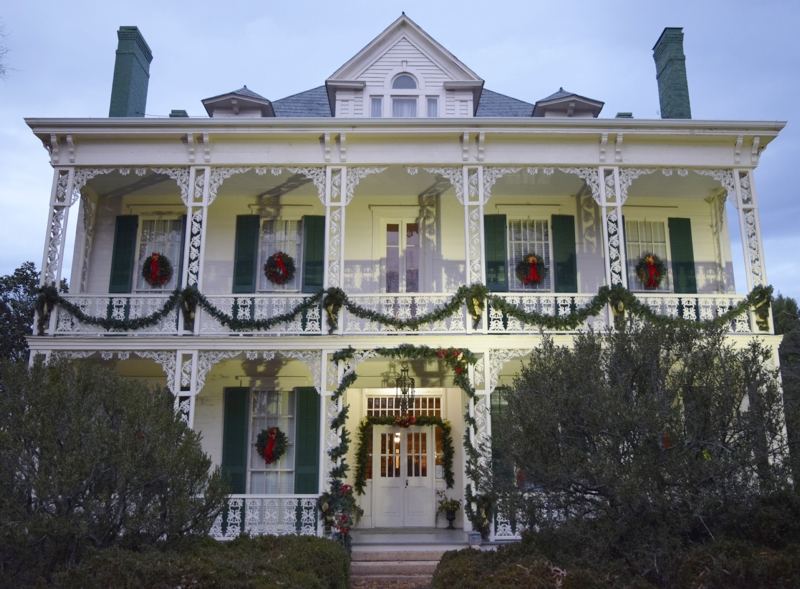 SALISBURY — People of all kinds visit the Hall House on Christmas Eve. Docent Barbara Upright has been manning the entrance hall of the grand house the night before Christmas since the early ’90s, and said she’s seen quite a few come through.

Christmas Eve’s tours break the usual cycle of tours at the historic Salisbury home — visits are self-guided, and by donation. Just inside the front door, Upright greets the guests that trickle through between 5:30 and 8 p.m.

Each year, she’s seen strangers and old friends walk through the door. From Historic Salisbury Board of Trustees members to families who have made the tour a part of their Christmas tradition. Upright smiles as she remembers a guest who’s come every year “since she was a baby in arms.”

The home is what Upright calls a “back door to history.” It was built nearly 200 years ago, in the 1820s as a girl’s home. After changing hands a few times, the Jackson Street property was purchased by Dr. Josephus Hall in the 1850s. Upright said he “took (the house) down to bare bones” and crafted the property into a work of art that has lasted more than 150 years.

Each room is manned by a guide in period dress — this year consisting mainly of Upright’s grandchildren and great-nieces. They point out the original wallpaper, a ceiling bowed under the weight of a chandelier and paintings of its long-passed inhabitants.

Some guests, like Bette and Keith Dixon, had been to the house for a regular tour several years ago, but never for Christmas Eve. Bette said it “sounded like something fun” to do on the otherwise quiet night.

Upright has seen crowds between 35 and 98 people trickle through on Christmas Eve — less on warm nights, more if it’s cold. But each year, the grand old house sits with red ribbons and evergreen wrapping its bannisters, waiting to tell its stories.

“It’s a good way to learn about the past and how it can be maintained for the present and the future,” Upright said of the home.

Hall House tours close beginning in January. It will re-open in March 2017.