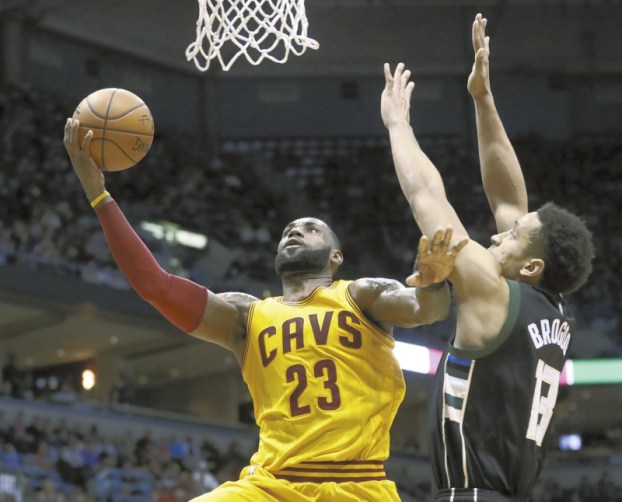 Only Kobe Bryant and Oscar Robertson have scored more than 300 points on Christmas in their NBA careers.

Wade enters this year’s Christmas Day quintupleheader as the league’s leading active scorer, with 277 points. It’s unlikely he’ll still have that designation when his game starts in San Antonio, given that James and the Cavaliers host Golden State immediately before that matchup — and James enters with 270 points in his Christmas career.

Bryant is the all-time Christmas leader with 395 points. Robertson scored 377, Wade is third for now, followed by Shaquille O’Neal (272) and James rounding out the top five.

The schedule starts at noon, with the Boston Celtics visiting the New York Knicks. The rest of the schedule (all times Eastern): Golden State at Cleveland at 2:30 p.m., Chicago at San Antonio at 5 p.m., Minnesota at Oklahoma City at 8 p.m., and an all-Los Angeles matchup with the Clippers at the Lakers at 10:30 p.m.

It’s the ninth consecutive year that the NBA features five games on Christmas.

Here’s more of what to know going into the NBA’s big slate of Christmas games:

BY THE DOZEN: Assuming he plays Sunday, Wade will become the eighth player to appear in at least 12 Christmas games. Bryant played in 16, O’Neal, Dolph Schayes and Earl Monroe played in 13 and Robertson, Dick Van Arsdale and Johnny Green are the others in the NBA’s 12-timers club for Dec. 25. Wade still can’t believe he got to play on Christmas even once. “It means a lot about what the NBA thinks of me in this game,” he said.

FIRST-TIMERS: Minnesota will play on Christmas for the first time, visiting Oklahoma City. “We’re all young kids, and no matter, young, old, we all love Christmas and we love spending it with our families — but for an opportunity like we have, we’re more than willing to play on Christmas,” Timberwolves star Karl-Anthony Towns said.

FELIZ NAVIDAD: No fewer than 23 countries are represented on the rosters of this year’s Christmas-game teams. Of the countries outside the U.S. who have players in these games, Spain leads the way with five.

TRIPLE DOUBLES: Oklahoma City’s Russell Westbrook is the NBA’s triple-double king this season. He already has one of those in his Christmas career as well, and he and James have a chance to become the first players with two such statlines on Dec. 25. There’s only been five in NBA history. Those who did it: James, Robertson, Westbrook, Billy Cunningham and John Havlicek.