Sharon Randall: The best (and only) Christmas pageant I’ll ever direct 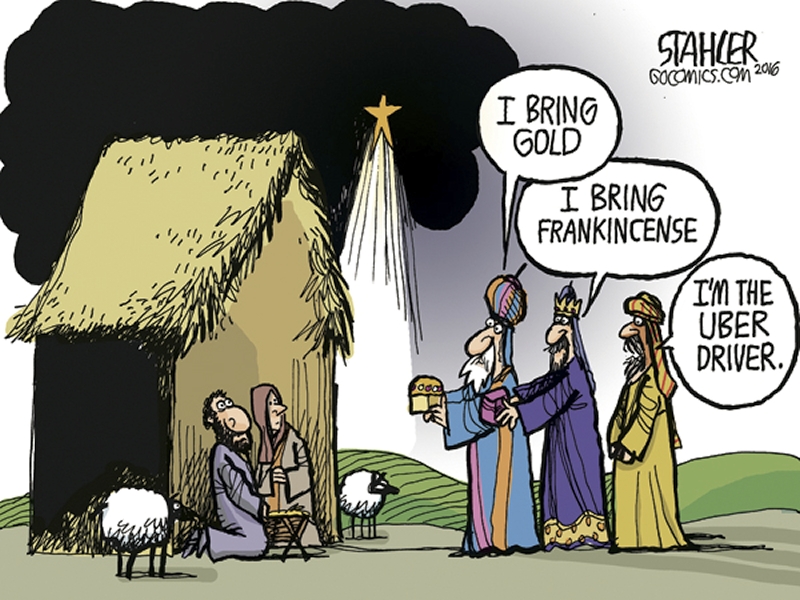 Columnist Sharon Randall is on vacation. This is a reprint of a column she wrote in 2002.

Once, when I was very young, with a lot more energy and less experience than I have now, I volunteered to direct the Christmas pageant at church.

“You did what?” said my husband, as if I’d said I was moonlighting for the Pentagon splitting atoms in the blender.

“It’s a kids’ play,” I shrugged. “How hard can it be? All you need is a manger, a few tacky costumes and a bunch of kids.”

“Including our three?” he said.

“OK, I see your point,” I said. “It might take some work. But you don’t have to do anything. The kids promised to help.”

“Sure,” he said, dumping Alpo in the dog’s bowl, “like they promised to feed the dog.”

Here’s a tip: Try to avoid, if possible, taking charge of any activity — be it teaching or coaching or Christmas pageant directing — that involves ones’ own offspring.

“Why can’t I be Mary?” demanded my daughter.

J.J. was her Cabbage Patch doll. He’d make Baby Jesus look like the Pillsbury Doughboy. But what’s a mother to do?

“I’ll be Joseph,” said my oldest, who would grow up to be an actor and play bad guys on TV. “I’ll carry a big gun and shoot King Herod.”

“No,” I said, giving him a look I learned from my mother. “You’ll be a shepherd and carry a stick to keep the sheep together.”

“Can Nate be my sheep?” he said, falling down laughing.

His brother, my wooly-headed 3-year-old, was not amused.

“Of course you aren’t a sheep,” I said, combing my fingers through his wool. “You can be my Star of Bethlehem.”

“Where will we get a manger for J.J.?” asked my daughter.

And so it began, my well-intentioned effort to depict the glory of Christmas with several dozen innocent souls — who would be as easy to direct as a flock of penguins on speed.

We never got through a whole practice. Started lots, but never finished. I couldn’t believe how long it took to get to Bethlehem.

But on the night of the pageant, like the miracle of Christmas, the performances were flawless. More or less.

J.J. lay swaddled head to toe in his manger; like Baby Jesus, “no crying he made.”

The shepherd, a true ham, did a fine job with the sheep. When one of the flock wandered off he pulled it back with the hook of his crook and got a standing ovation from the audience.

The angel, as always, kept close watch over her mother.

And the Star of Bethlehem (with his curls springing out of a tin-foil costume, looking more like the Happy Star from Carl’s Jr.) shined like the sun on a California Christmas.

Some called it the best pageant ever. They were grandparents, of course, and we all know how grandparents can be. I assure you it was the best Christmas pageant I ever saw. And the only one I ever directed.

My husband said it certainly had the best ever manger.

That was many Christmases ago. The cast, except for J.J., is all grown up. The Shepherd is still a ham, still acting, still keeping our flock together. And the Angel is still an angel, still watching over her mother.

And the Star of Bethlehem has long since cut off his curls, but he still shines like the sun on a California Christmas.

Some things change, and some  things remain the same. That is exactly as it should be always, and especially at Christmas.

Here’s wishing you and yours a little of both.