D.G. Martin: Democrats should keep calm and carry on 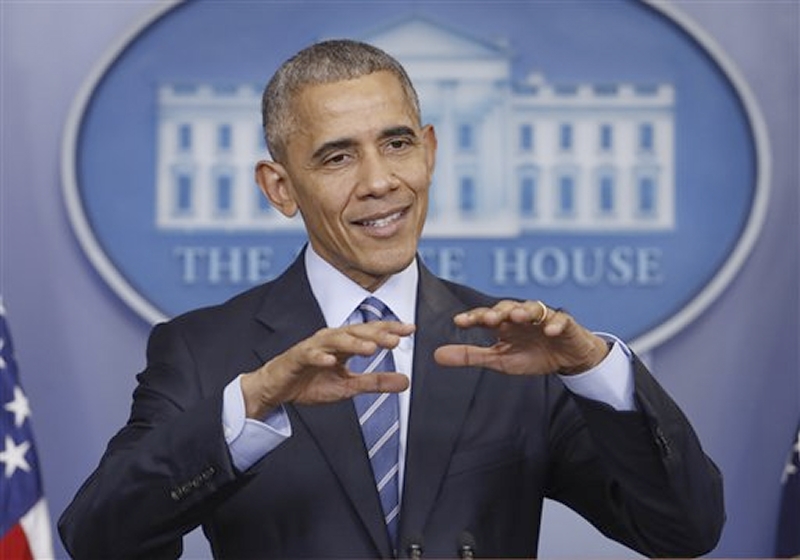 What can Democrats look for Santa Claus to bring them this year?

Maybe Santa could bring them something more than the lumps of coal that have already made their way into Democrats’ stockings hung by their fireplaces with care. Lumps of coal like Donald Trump’s Electoral College victory, the Republicans’ retention of control in the U.S. Senate and House of Representatives, and the N. C. Republican Party’s preservation of veto-proof control in the state legislature. Last week Republicans even turned Democrat Roy Cooper’s victory in the governor’s race into a dark lump of coal.

Although it does indeed look like a bleak season for Democrats, are there some good things to hang on to? Is there no end to the suffering?

Optimistic, Bible-reading Democrats may remember that while St. Paul was suffering in prison, he was hearing painful reports of persecution, discord and false prophets in churches he had founded. Nevertheless, he wrote that such suffering could bring strength. If the suffering of Democrats leads to strength in future political contests, it will turn out to be something of a gift this season.

Meanwhile, here are some other things North Carolina Democrats can celebrate:

1. Pride in the legacy of President Barack Obama. While not all of the overblown hopes and dreams of the 2008 election victory were fulfilled, Obama’s legacy, over time, will prove to be an asset for Democrats. Even now, as he approaches the end of his two terms, his popularity ratings are high. His dignity, modesty, self-deprecation, and other human qualities stand in contrast to the bluster of his successor. And his legacy will shine more brightly as time passes.

2. Not responsible for Trump. Democrats can be thankful that they will not have to take on the difficult or perhaps impossible task of explaining or justifying the actions of the new president whose bluster and misplaced self-confidence in his deal-making skills have already put the country in danger.

3. Not responsible for the damage to North Carolina caused by hasty and ill-conceived actions of the General Assembly. Democrats can insist that Republicans accept the responsibility for the consequences of these actions. Then Democrats can use the public’s reaction to mobilize their base for the next election.

4.  Not burdened with defending Hillary Clinton. Even the most enthusiastic Hillary supporters can feel some measure of relief that they will not have to spend the next four years fighting against efforts of the Republicans to “lock her up.”

5. Time to plan and plant. For Democrats there is also a gift of time, a time for planning, for renewal, for preparation. Hurricane Hugo blew down 18 pecan trees that Pappy Lowry’s great-grandfather had planted on the family farm near Great Falls, South Carolina. Lowry, who was dying of cancer, had 18 new seedlings planted in their places.  Lowry, explained my minister Robert Dunham, was providing for the generations that would follow him the same way his great-grandfather’s plantings had provided for him. Democrats, similarly, have a duty and privilege to replant the trees of public service that the hurricanes of recent elections and maneuvering have blown down, even though the fruit of their work may not mature in their lifetime.

At a recent pre-Christmas gathering, our host gave each guest a bookmark with the line “Keep Calm and Carry On.” The words came from a motivational poster used in Great Britain to help steady the public during the Second World War German bombing attacks.

“Keep Calm and Carry On.”

Good advice for Democrats and Republicans in every turbulent season.