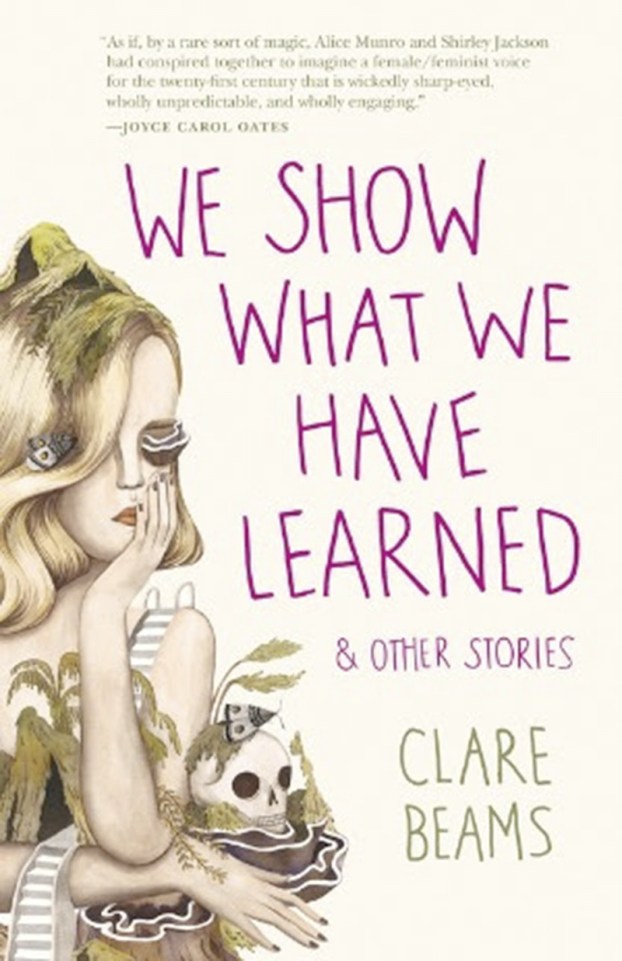 Good reading to wrap up under the tree Still pondering, week and weary, what it takes to make them merry?

Pardon the bad play on words, but if the world of books is a mystery to you and your friend or family member wants something they can lose themselves in, here are a few suggestions. The emphasis is on non-fiction, which can be as engrossing as any imaginative tale, proving again that truth is often stranger than fiction. (More cliches, pardon)

“We Show What We Have Learned & Other Stories,” by Clare Beams, from Lookout Books. This collection made the long list for the PEN/Robert W. Bingham Prize for Debut Fiction. The New York Times said,  “stories as well executed as these are their own reward, but it’s also clear from the capaciousness on display here that Ms. Beams has novels’ worth of worlds inside her.”

Shelf Awareness for Readers gave it a starred review and said Joyce Carol Oates compares Beams with Alice Munro and Shirley Jackson, saying, like Munro, “each one hinges on a subtle truth, each uncovering some mystery of humanity, each story a revelation.” Kirkus even included it in the Best Fiction of 2016 list.

You can’t avoid seeing or hearing about Colson Whitehead’s “The Underground Railroad,” an Oprah’s Book Club pick that has won the National Book Award and spent time on the New York Times bestseller list. It chronicles a young slave’s adventures as she make a desperate bid for freedom in the antebellum South. It has been called blistering and wonderful for its depictions of slave life. “Hillbilly Elegy: A Memoir of a Family and Culture in Crisis,” by J.D. Vance. Friends have read and recommended this book, written by a Yale Law School graduate who grew up poor in the Rust Belt. It’s about the struggles of America’s poor white working class, a shrinking group that has searched for a better life for decades. Vance’s grandparents were “dirt poor” but raised a middle-class family. The children, including Vance’s mother, struggled with the demands of middle class life, never being able to fully escape the history of abuse, alcoholism and poverty shared by so many in America.

America lost more than its fair share of musicians, writers and other talented people this year. Among them was Pat Conroy, the writer whose own tough life became the basis for books of fiction. In ”A Lowcountry Heart: Reflections on a Writing Life,” Conroy’s painful past is belied by his exuberance in this collection of final words and remembrances. There are pieces from Conroy’s friends, interviews, speeches, letters and more. In it, he express his love for friends, the beauty of South Carolina, his gratitude for being a writer and his love for fellow writers. His wife, author Cassandra King, wrote the introduction.

Trevor Noah’s “Born a Crime: Stories from a South African Childhood” tells a heart-wrenching story of his life growing up as the son of a black woman and white man in South Africa during apartheid. Called insightful and poignant, it tells history from the side of the oppressed. Noah makes his way to the desk of “The Daily Show” after a childhood spent mostly indoors to hide him front an extremist government. Still, there’s humor here, and plenty of insight.

“The Book of Joy: Lasting Happiness in a Changing World” brings together two amazing figures, the Dalai Lama andArchbishop Desmond Tutu, to discuss how they found joy in their lives.

Both exiles, both oppressed by their home countries, they nevertheless maintained lives filled with hope and positivity. In April 2015, Tutu traveled to the Dalai Lama’s home in India to celebrate the Dalai Lama’s 80th birthday. The talked, they laughed and shared their spiritual practices. That week together brought this book into being.

From the book description: “The Archbishop has never claimed sainthood, and the Dalai Lama considers himself a simple monk. In this unique collaboration, they offer us the reflection of real lives filled with pain and turmoil in the midst of which they have been able to discover a level of peace, of courage, and of joy to which we can all aspire in our own lives.” She’s also selling a lot of science books, including Dava Sobel’s “The Glass Universe,” out this month. Sobel writes about the women who worked for the Harvard College Observatory in the mid-19th century who acted as “human computers” to interpret the observations their male counterparts made through telescopes each night.

Neil deGrasse Tyson also writes accessible, fascinating works on science. He is co-author with Michael A. Strauss and J. Robert Gott, all professors at Princeton, of “Welcome to the Universe: An Astrophysical Tour,” a personal guided tour of the cosmos.

Thomas Friedman’s new book, “Thank You for Being Late,” is a look at how fast life is changing, every aspect of it, from social conventions to political movements to globalization. Friedman offers examples, then recommendations for coping.

There’s plenty of easy breezy reads out there, too, new installments in popular series, young adult books that appeal to all ages, celebrity-focused books, biographies, tributes.

Try one of these books for some thoughtful reading during the long, dark days of winter that follow Christmas.

Something Free Brings Big Dividends One of my favorite things to do involves introducing new runners to all the joys... read more