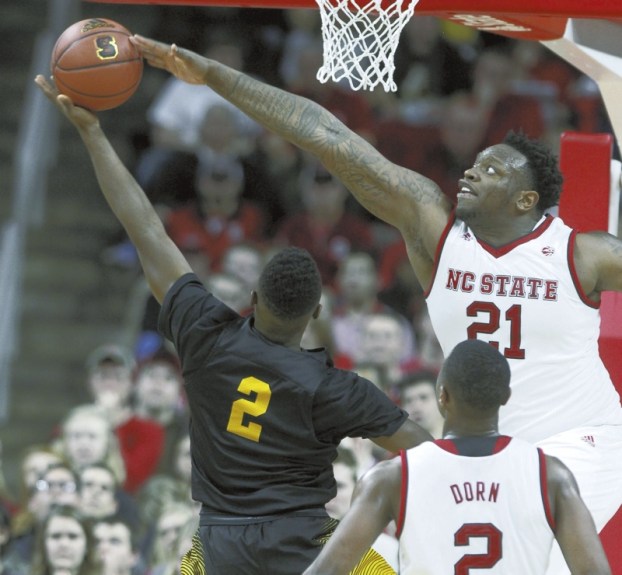 RALEIGH (AP) — It didn’t take Omer Yurtseven long to show flashes of the shooting touch and range that made him a big international recruit for North Carolina State.

The 7-foot Turkish freshman had nine of his 12 points in the first half Thursday night to highlight the Wolfpack’s 97-64 win against Appalachian State, a good first step for a player who had to wait a month to make his college debut due to an NCAA eligibility dispute.

“I was not nervous,” Yurtseven said. “I was excited though. The first time when I was going on the court, I was excited.”

The NCAA had required the five-star freshman to sit out the first nine games and pay $1,000 to charity after reviewing his time playing for a club team overseas. He entered at the 14:57 mark of the first half and played 24 minutes, making 4 of 6 shots and even stepping out to knock down a 3-pointer from the top while drawing loud cheers from fans — some coined it “Yurtmas” on social media — for the home-standing Wolfpack (8-2).

“It was really fun,” Yurtseven said. “I really missed being out there.”

Fellow freshman Dennis Smith Jr. finished with 22 points to lead N.C. State, which scored the first 10 points and led big all night. Maverick Rowan added 13 points in his second game back from a seven-game absence due to a concussion, while N.C. State shot 52 percent.

Ronshad Shabazz scored 14 points for the Mountaineers (3-6), who shot 32 percent after entering the game shooting about 45 percent on the season.

“We had tremendous opportunities to make shots, shots we usually make, and we just missed them today,” Mountaineers coach Jim Fox said. “It affected us and when you keep missing and missing wide-open shots, it takes a toll on you and carries on to other parts of the game.”

Appalachian State: The Mountaineers suffered another big loss to a power-conference opponent. They trailed by as many as 26 before losing 103-94 in the second game at Tennessee, lost by 35 at Duke on Nov. 26 and by 33 against the Wolfpack.

N.C. State: Adding Yurtseven meant this was the first game the Wolfpack was at full strength. For coach Mark Gottfried, the focus now is to integrate Yurtseven into the rotation and get him adjusted to American basketball while simultaneously bringing along a young rotation that hasn’t played much together — one he hopes will have a very different look come February.

“We’ve got a little more depth now,” Gottfried said, “which is nice.”

Yurtseven had foul trouble during two exhibition games, including when he fouled out in just 11 minutes against Division II Barton. He had four fouls Thursday but managed to avoid major trouble in what will be a big part of his adjustment to the American college game.

“You just have to watch the referees,” Yurtseven said. “They talk to you, so they tell you what you’ve got to do, what you shouldn’t do.”

Like Smith, Gottfried sees plenty of potential for Yurtseven to make an impact with his shooting and passing touch.

“When the ball’s in his hands, especially in the high post, he’s really effective,” the coach said. “And (the players) know that. Again, I think the more he plays with our guys, the more they play and just get comfortable, he’s going to find ways to score within our offense.

“But I do think our guys are excited about playing with him because he’s such a good passer. I think that does a lot for our team.”