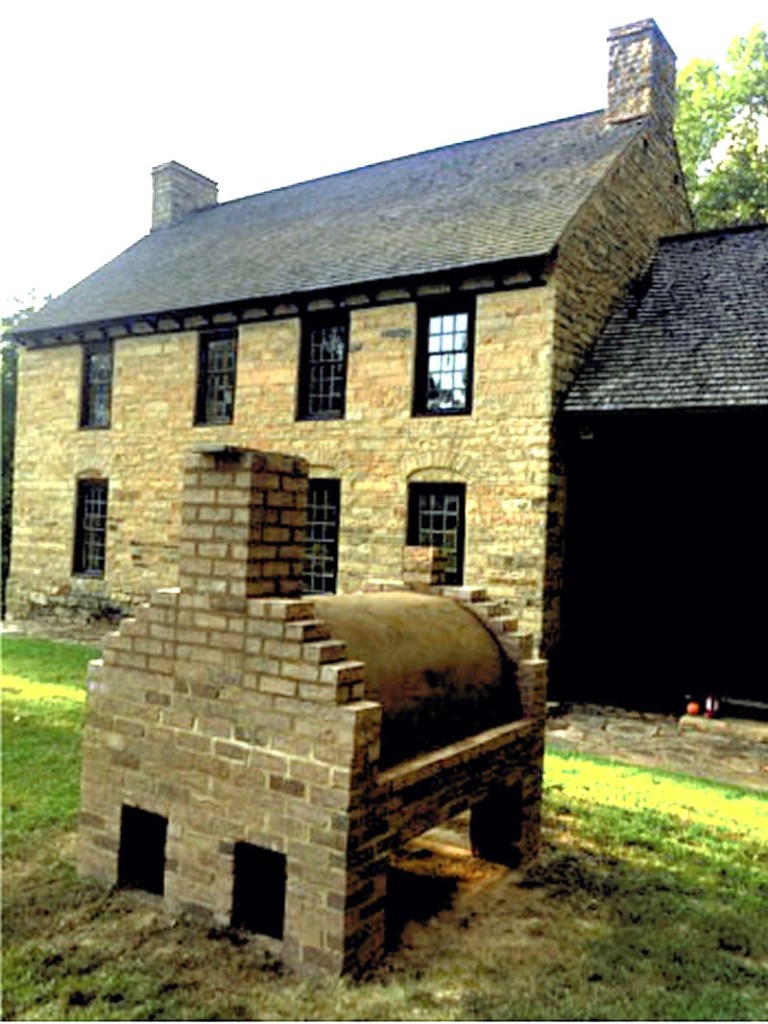 Photo courtesy of Rowan Museum Inc. The new bake oven at the Old Stone House is located in the original oven's footprint.

GRANITE QUARRY — The sounds of children playing, adults chatting and music surround the stone house of Michael Braun, early and prominent settler of Rowan County. The smell of German food and freshly baked bread waft through the air, greeting guests as they arrive at the celebration.

Is this Rowan County in the 1760s? No, it’s later this month, when the Rowan Museum will fire up their reconstructed bake oven during Old Stone Christmas.

Old Stone Christmas, the annual Rowan Museum fundraiser to be held Dec. 31 and Jan. 1 at the Old Stone House, will mark the first time a bake oven has been used at the 250-year-old site in well over a century.

The museum, in partnership with the Brown-Fisher Association and private sponsors, rebuilt the colonial oven and it is ready to use.

When Michael Braun finished his massive stone house near what is now called Granite Quarry in 1766, the area was a virtual wilderness. Simply constructed, bake ovens helped settlers to survive the harsh conditions of the frontier and were found throughout the American colonies with some regional differences, depending on the culture that was predominate in the area.

The reconstructed oven is built in a traditional German beehive design, much like the original and other surviving ovens in North Carolina.

A fire is built inside the oven which heats the bricks that make up the floor and walls. Once the bricks are heated through, bread is put inside and baking begins. As the oven cools, meats and foods that need less heat such as biscuits, cakes and pies are put in.

The oven is the latest in a series of improvement projects at the Old Stone House, one of four historic properties Rowan Museum Inc. manages. Last year, a parking lot was completed and a colonial split rail fence bordering the road was constructed to help give the house a more authentic look.

The addition of the bake oven not only restores an important structure original to the house, but also makes new interpretive possibilities for the museum’s events and summer camps.

The museum is inviting the public to the first firings of the oven on Dec. 31 and Jan. 1. Old Stone Christmas, in addition to the bake oven, will also feature traditional foods made over fire, reenactors, crafts for all ages, costumed interpretation and historic demonstrations.

The Rowan Museum is a non-profit 501(c)(3) tax-exempt organization whose purpose is to collect, preserve, research, exhibit and educate the public about the history of Rowan County and Piedmont North Carolina through the use of its properties, programs and collections.

The museum is based out of the historic 1854 Courthouse at 202 N. Main St., Salisbury, and operates the 1819 Utzman-Chambers House in Salisbury, the 1766 Old Stone House in Granite Quarry and the 1903 China Grove Roller Mill in China Grove.