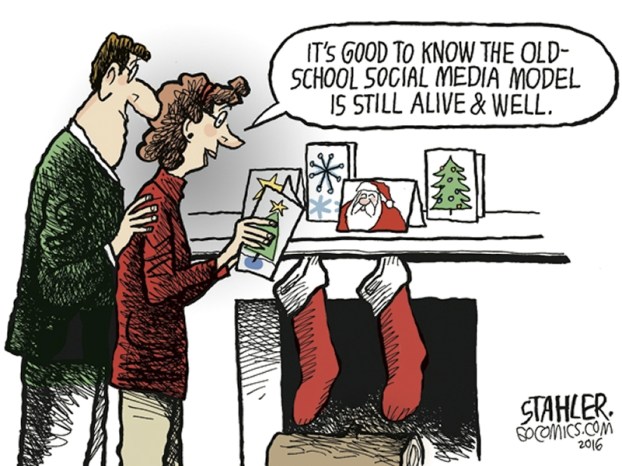 So glad to call Anthony Johnson a friend and mentor. Very proud of where you are and where you’re going (especially if you want to let any of that good tech fall my way)!

This is a great story. Too bad we don’t have more like you. I would have learned so much more with a teacher like you.

Being a fellow educator, I’m very proud of you, young man. You are indeed an example and inspiration that all children should look up to. Keep doing fantastic things with your students.

I am so pleased to see our county and city governments working together to influence positive change in our community. Well done, Commissioner Edds and Mayor Alexander! It was just a few short years ago that this never would have happened. We have good administrations in place for both the county and city. Let’s keep this train rolling.

Yes, that is a great start. Maybe these killers and gangs will see that the county and community people have had enough.

Why has the hiring of officers not been addressed before now? These positions have been backlogged for some time now.

Fifteen positions is a lot of manpower that was sacrificed for some reason. Think of the crime that could have been aborted if half of these positions had been filled in a timely manner.

Someone should stand and give a better explanation as to why this has been allowed to happen and why it’s taken so long to correct.

Why not have armed citizens patrolling as well? Personally, I think they would do a better job because the law enforcement organizations hands are so tied up. The citizens have had enough and they should get out there and do something about it themselves.

My prayers to that child and her family. …

As for the sheriff’s deputies moonlighting as Salisbury police, I’m not sure that’s legal. … With all the stupidity going on, we should rally for more police for all the different agencies. People driving around in cars shooting at pedestrians, gangs — and I had a run in with wannabe thugs in the past.

We also need public training to learn more about what’s going on. Communities are our first line of defense. And we have to learn to protect ourselves and families.

Also, I would like to state how proud I am of our police and am grateful the different agencies are working together.

I know several who have applied, and we’re certified and got turned down.

They are that short but turned my son down for a job at Salisbury Police Department. Yes, he would be a new, inexperienced officer, but one that served five years in the U.S. Marine Corps.

Why aren’t they hiring? They will pay overtime and bonuses rather than hire new officers. Doesn’t make any sense to me.

Somebody knows and that somebody needs to tell. This has got to stop.  Our children should not be subjected to this violence because adults are evil.

Many of them that are participating are not adults, though, and that also creates a problem. We have teenage boys and girls that place no value on life. The breakdown is in the family. Parents need to be parents! If you would raise your children to respect themselves and others, much of this would not be happening.

My heart breaks for our children.

Shame on the Salisbury Post for taking a picture of her during such a private time.

I hear what you’re saying, but that picture has me in tears and will make me hold my two girls, 8 and 10, closer than I already do.

Pictures are journalism, too, and I assume the family allowed the photographers to be there. Hopefully some thug will also see this woman’s pain and think next time before shooting. Prayers to the family.

I just saw this picture and my eyes are filled with tears. No child should be buried this young!

Media can’t attend or photograph the funeral without consent from the family. Consent was apparently given, so the family I am sure have their reason for wanting this image shown.

I would think they want the world and maybe anyone withholding information to see their pain and grief.

This picture is very respectful and not showing her body. It shows just a loving mother giving her daughter’s body a final kiss. Nothing’s wrong and disrespectful about that. This should make others move and change the way things are going in this city. It all has to stop.

By seeing this photo, whoever the heartless shooter is should come forward. Look at what you’ve done, look at the physical hurt you created. Shame on you.

… Rowan legislators want Cooper to ‘get on board’ with Republican agenda

Under McCrory’s “leadership,” they drove businesses and jobs out of North Carolina for the sake of a lie. H8B2 will collapse when McCrory goes. Perhaps then we can reclaim some national self-esteem.

One-term Pat is a person of low character and a purveyor of fake news. McInnis and the rest of the Rowan County GOP need to get on board Governor Cooper’s train and reach across the aisle and work with the new administration as they expect Democrats in D.C. to work with President-elect Trump. Otherwise they are the worst sort of low-class good ol’ boy Southern strategy hypocrites.

Our only hope is that soon our electorate will turn off Fox News and realize our state is losing ground regardless of what these elephant zealots are trying to make you believe.

… School board argues over partisan elections

This idea is almost as sound as the pepper spray fiasco.

Kennedy and Miller are right. The school board needs to be concerned with the education of our students. It is not a stepping stone of a political career.

If politics and political parties “matter” to school board members, we have the wrong people serving. The board’s constituency is the children who attend their schools. Period.

Stanly County’s Board of Education elections are partisan, and it works well. I support making them partisan because it would allow people who believe in differing ideologies to stand behind a candidate instead of fighting over which of two, like-minded, candidates to support.

Thank you, Mr. Wagner, for reminding me why I didn’t vote for you last month.

Every election for every office, whether it be the Board of Education or judges of the state Supreme Court, should be partisan. I like to know if I’m voting for a Democrat, Republican, Libertarian or other. Their political leanings tell us all a great deal about their practical performance.

It’s so wonderful that our school system at least has the Wallace Educational Forum (read: ivory tower) to vastly improve student learning.

Seriously I have to ask: What are these people thinking?

David Post, you wrote a great article. You and Kenny Hardin are the two elected officials in Salisbury who seem most interested in what your constituents have to say. It is a shame the two of you are feeling muzzled, simply because there are other council members who appear too thin-skinned to be inconvenienced to craft a response to the concerns of the public.

It seems that even under the current written policy, the two of you could respond as you feel led, while those who are not so led could just sit there, as has been the practice for years.

I have watched the video of the council’s discussion of public comment. It appears that Maggie Blackwell also favors some form of response to citizen concerns. Desiring to be responsive to citizens, she could be your third vote to either change the policy, or to override the occasional gavel.

A headline worthy of Florida  I was very upset by the news of a Salisbury man who went into a... read more