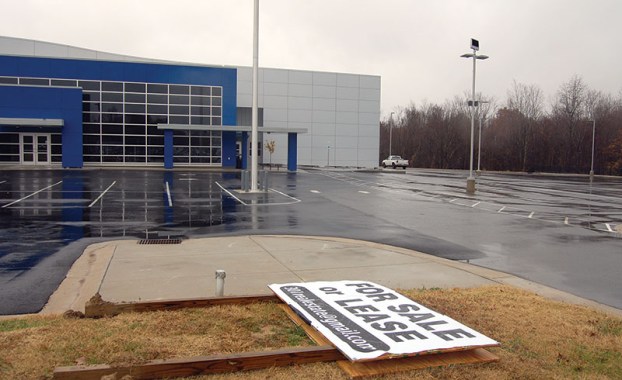 Amanda Raymond/Salisbury Post Auto House of Salisbury, at 428 Jake Alexander Blvd. S., currently has a for sale or lease sign in front of the building.

SALISBURY – The owners of Auto House will not be allowed to be involved with any motor vehicle dealerships in the state, according to a settlement agreement.

In May and June of 2016, numerous Auto House customers accused Auto House, a pre-owned car dealership, of selling vehicles with marked up prices and false labels.

Customers also filed complaints with the N.C. Department of Justice accusing Auto House of not disclosing damages to cars and intentionally using a bait-and-switch scheme to get people to go to the dealership to buy cars by promising money, a car and other prizes.

Back in October, Auto House of Mooresville had its motor vehicle dealers license revoked and was ordered to pay a fine of more than $33,000.

According to James A. Davis of Davis & Davis Attorneys at Law, the dealership did change the emblems of car models with those from more expensive models and marked up the prices, but only after outfitting the cars to the upgraded model’s factory specifications.

The settlement agreement between Auto House and the North Carolina Division of Motor Vehicles will become effective on Dec. 15.

According to the settlement, the owners Samuel Ketner and Nathaniel Brown cannot “serve as a shareholder, officer, director, salesman, employee or otherwise be involved in the day-to-day operations” of any new auto dealership at the former Auto House locations in Mooresville or Salisbury or any other auto dealership in the state.

Before giving up their licenses, both locations were directed to transfer or sell their vehicle inventory to a third party wholesaler.

Auto House has been ordered to stop all of their operations and dissolve the business by Dec. 31. The Salisbury location has already been closed and a for sale sign has been placed out front.

The agreement doesn’t include any potential actions by the Consumer Protection Division of the N.C. Attorney General’s Office or resolve any pending or possible state or federal criminal investigations or charges against Auto House or the owners, according to the settlement.