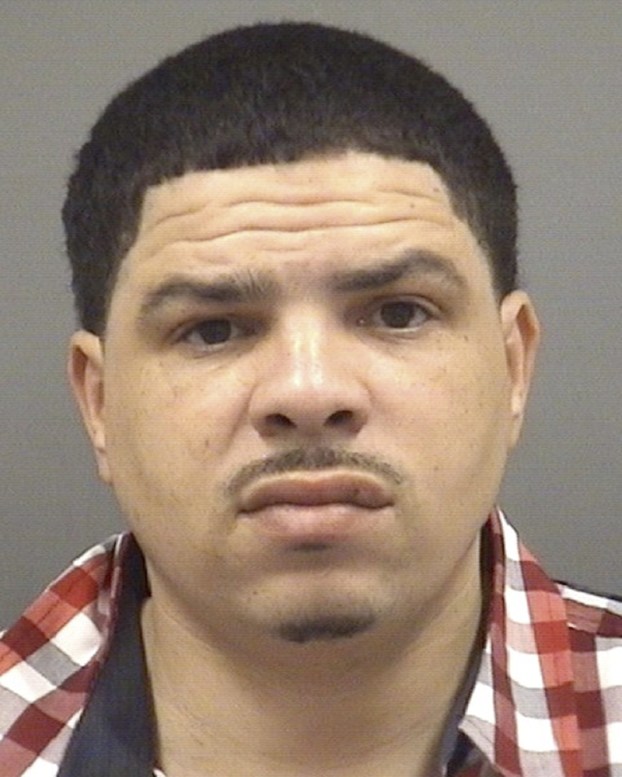 SALISBURY — Rowan investigators are still looking for a man who ran from a deputy, fought the officer, led him on a foot chase and stole a golf cart.

The incident began at Rowan Mill Road around 11:20 a.m. Tuesday when deputy R.D. Addison saw a green Honda make a quick turn. The officer checked the license plate in a database and found the driver’s license was suspended. There was also a pick up order to seize the license.

The deputy turned on his blue lights, but the vehicle did not stop. He turned on his siren and the driver of the Honda kept going, a report said.

Erwin turned onto Balfour Drive and sped on a dirt trail. The dirt trail ended inside Rolling Hills Golf Club. The driver crashed the Honda into a brush pile, said Capt. John Sifford.

Officials say the chase did not end there. The officer repeatedly ordered Erwin out of the vehicle. The offer noted the driver bent down as if reaching for something inside the car. He finally exited the vehicle.

The officer again ordered the man to stop. Erwin was wearing gray sweatpants, a hooded sweatshirt with blue around the top and white around the bottom.

The officer noted the suspect was not carrying a gun and deployed his Taser, which had little effect. Erwin ran at the officer, who took out his Taser cartridge and drive stunned the man.

Erwin yelled once and grabbed at the deputy. Both men fell to the ground with the suspect on top of the officer. The deputy drive stunned the suspect again, with no effect. The officer maneuvered in order to keep the suspect from grabbing his Taser and gun, Sifford said.

The two began a physical altercation as the suspect repeatedly punched the officer. Sifford said one of those punches struck the officer in the head. He was temporarily dazed, but quickly recovered in time to see the suspect take off toward the golf course.

The deputy chased Erwin to the 13th hole, where the suspect pushed a golfer out of the way and grabbed the man’s golf cart. The deputy said he tried to warn the golfer to move out of the way. The suspect drove the golf cart onto Mooresville Road.

Salisbury Police and the N.C. Highway Patrol joined the chase. The suspect ditched the golf cart at a home in the 1400 block of Ludwick Heights Lane.

Investigators searched the green Honda and found a bag of 21 grams of crack cocaine on the passenger’s seat, digital scales, a burnt metal spoon with drug residue on it. Outside the vehicle where Erwin stood before taking off was a 9 mm Smith & Wesson.

The deputy was not seriously injured, but did go to be checked out, officials said.

This morning, Deputy Addison was able to go to the Rowan County Magistrate’s Office and obtain charges on Erwin. Erwin has the following outstanding charges:

•    Possession of a stolen firearm (felony)

•    Possession of a firearm by a convicted felon (felony)

Christopher Lee Erwin should be considered armed and dangerous. Anyone with information as to the location of this suspect should call their local 911 immediately, or if you fear retribution, want to remain anonymous, and possibly collect an award of up to $1,000, your  information can be submitted 24/7 via the web http://tips.salisburyrowancrimestoppers.org/ or by calling the Salisbury-Rowan Crime Stoppers at 1-866-639-5245.

By Josh Bergeron josh.bergeron@salisburypost.com SALISBURY — The sale of Alcoa’s Yadkin River dams on Tuesday moved one step closer to completion when... read more