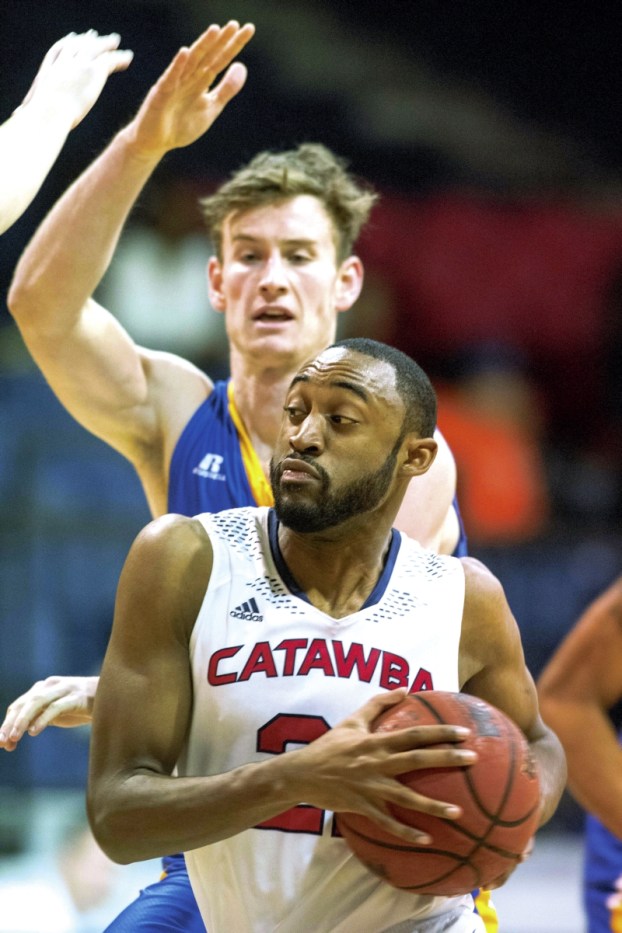 JEFFERSON CITY, Tenn. — Carson-Newman pulled away late and claimed a 78-71 win over visiting Catawba in South Atlantic Conference men’s basketball action Wednesday night.  The Eagles upped their record to 6-4 overall and 3-1 in the SAC, while the Indians saw a five-game winning streak snapped and fell to 8-3 and 2-3.

Catawba rallied in the final four minutes.  Two free throws by Troy Warren and a steal and dunk from Taylor pulled the Indians to within 73-68 with 1:35 remaining. Ben Sealey rebounded a C-N miss and fed Rakeen Brown, whose 3-pointer made it 73-71 with 55 seconds to play.

Taylor led Catawba with 22 points and went over 1,000 for his career.  He added six assists and three steals. Jerrin Morrison scored 18 points while Malik Constantine added 10 points and nine rebounds.

Catawba is back in action on Saturday as the Indians head to Anderson for its final game before the Christmas break at 4 p.m. against the Trojans.

Catawba women get 41 from Johnson, but fall at Carson-Newman