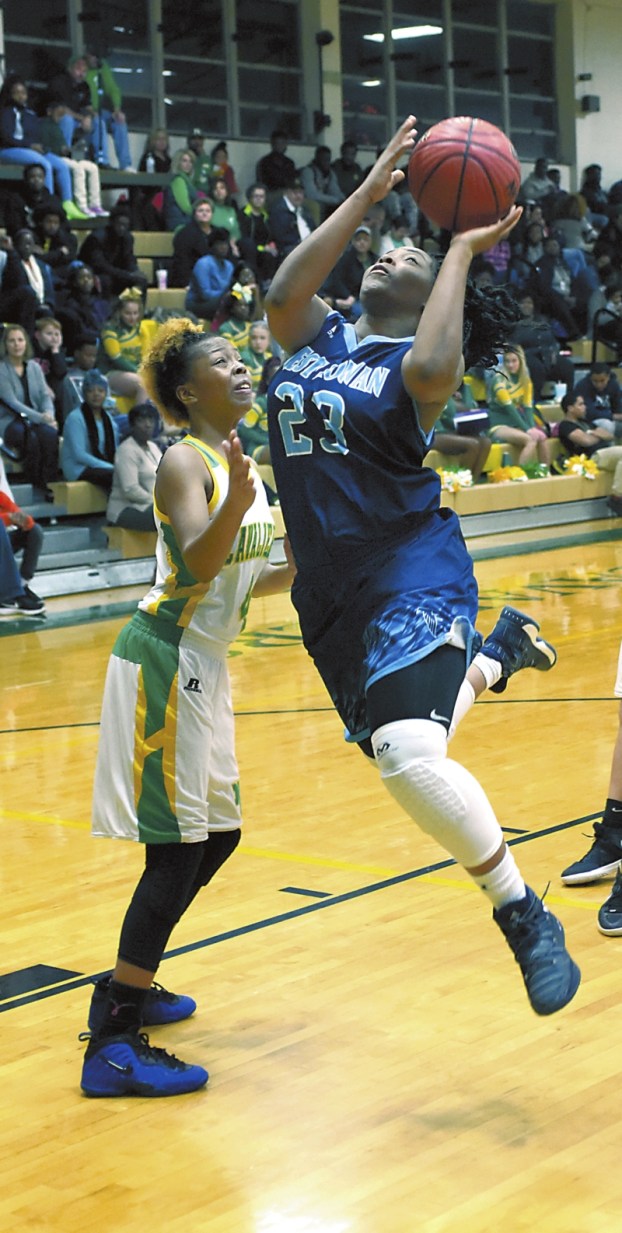 MOUNT ULLA — There was nothing wrong with the West Rowan girls that 70-percent shooting couldn’t cure.
The Falcons made nine 3-pointers, filled it up from just about everywhere and beat East Rowan, 70-30, on Tuesday for an easy South Piedmont Conference victory.
West (3-2, 1-2 SPC) rebounded from the 89-35 shellacking it received at home from Central Cabarrus on Friday.
“There was nothing about our effort in that Central game that said team, and we didn’t do anything right,” West coach Ashley Poole said. “But we had a good practice Monday and we’re bouncing back.”
Ten Falcons dented the scorebook against East. Egypt Alexander scored 15 points, Taylor Poole and Miyanah Pruitt had 13 each, and Mary Sobataka added 10.
Poole, a freshman, and Pruitt, a senior, had career games. Both made three 3-pointers. West also got two 3-balls from Sobataka, sophomore, and one from freshman Gabby Blabon.
Poole and Alexander scored seven points each as the Falcons moved ahead, 19-8, after a quarter.
Alexander had a three-point play and two free throws, as the Falcons went up, 26-10. A transition layup by Abigail Wilson and a 3-pointer by Pruitt off the right wing made it 31-10.
West was in command, 34-14, at halftime, and then opened the second half with a 13-2 run, capped by a stick-back by Sobataka, to finish off the Mustangs. Nine different Falcons scored in the third quarter.
Another Pruitt 3-pointer swished to give West a a 68-30 lead with a little over two minutes to go, and a bucket by Sobataka off a nice pass by Wilson made it a 40-point game and brought on a running clock for the final 1:55.
That made it two running-clock games for the Falcons in a row — one negative and one positive.
“We changed up some things tonight defensively and offensively,” Coach Poole said. “We’re excited about well we played as a team. Everyone did their job.”
East (2-5, 1-5 SPC) battled on the glass and got six points each from Courtney Wagner and Hollie Harrison, but the Mustangs had too many turnovers and too many misses in the paint to stay in the game.
West hosts North Rowan tonight.

Prep Basketball: Kure, Mauldin too much for Mustangs