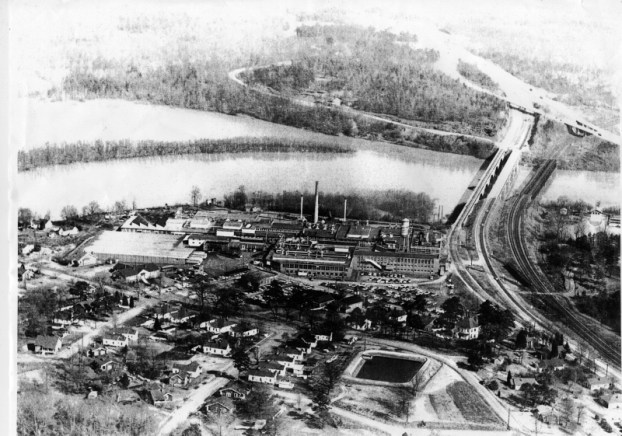 This photograph has run as a ‘Yesterday” contribution in the past, but it’s good to remember. The Rev. Gary Hauze, president of the Yadkin Historical Museum Foundation, provided this aerial photograph of the N.C. Finishing Co. plant and it probably dates back to sometime in the 1950s. The finishing plant, located along the Yadkin River (above) and U.S 29 north to the right (or east), was a major employer in Rowan County. Toward the bottom of the photo and south of the plant you can see what is today called the Yadkin United Church (the church building dates to 1930) and the village of Yadkin. This aerial view also gives a good look at the highways and railroad crossing the river in this vicinity. About the only thing left of the vast plant is the water tower. The church also remains. N.C. Finishing became part of Fieldcrest-Cannon and late in its history was known as Color-Tex. The plant closed in September 2000.

Yesterday: Pearl Harbor, the day after

David Harrison of Salisbury has a collection of old newspapers, including a Dec. 8, 1941, edition of the Salisbury Evening... read more