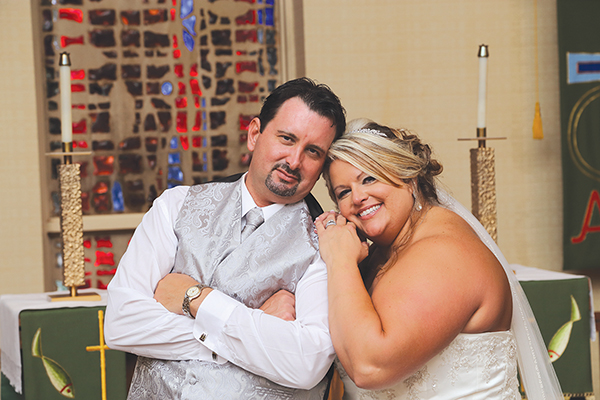 Robert “Bobby” Lancaster of Charlotte, uncle of the bride, hosted a rehearsal dinner for the couple at Bethel Lutheran Church, Salisbury. Dinner was catered by Matt Trexler of Salisbury.

graphers were David Jones of Matthews and Tony Shue of Salisbury, brother-in-law of the bride. Photographer was Ken Thomas of Concord. Hair stylist was Tammie Izze of Salisbury and make-up artist was Natalie Poole of Salisbury.

The bride is the daughter of Terry and Deborah Rainey of Salisbury, and the granddaughter of the late Alfred and Virginia Lancaster of Cottondale, Ala., the late Chester and Doris Hughes of Tuscaloosa, Ala. and the late Henry and Joretta Rainey of Salisbury. Deanna is currently employed with the Rowan County District Attorney’s Office in Salisbury.

Following a wedding trip to the Sandals Resort in St. Lucia, the couple are making their home in Salisbury.