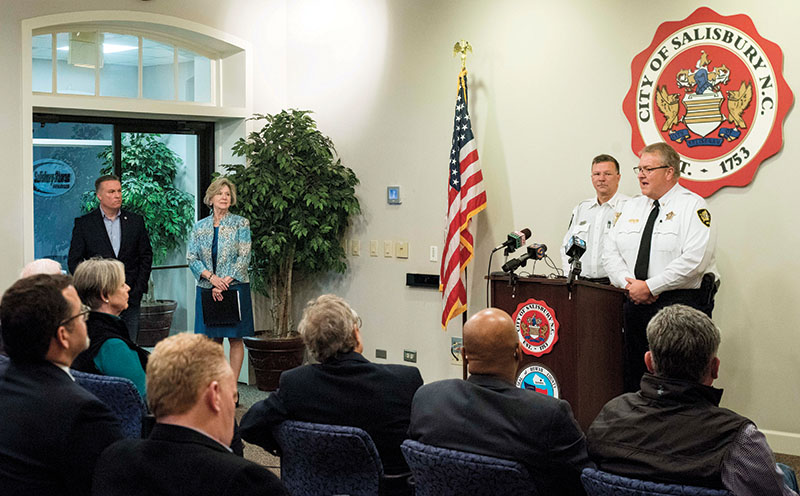 “If you know something, say something.”

— Salisbury Mayor Karen Alexander,
Announcing a joint city-county reward of $20,000 for information leading to the arrest and conviction of whoever is responsible for the death of A’yanna Allen.

“The county of Rowan stands with the council of Salisbury and with the citizens of Salisbury in solidarity. We are here to say enough is enough, and this will end.”
— Greg Edds,
Chairman of the Rowan County Board of Commissioners, at the same press conference

“I told y’all that I feared that (there was) going to be somebody hurt that’s going to be an innocent person. I told y’all my fear for somebody with a disability getting hurt, an elderly person, a child. Now a child is hurt.”
— Carolyn Logan.
A frequent speaker at Salisbury City Council meetings who said she thought her comments had been falling on deaf ears.

“Any time a student does something that warrants a response from an adult, it’s typically bad.”
— Principal Luke Brown
On a new program Salisbury High is trying that rewards positive behavior with “Hornet bucks,” good for prize drawings every nine weeks.

“‘Elf’ was very hilarious. Especially when Buddy said, ‘Yes, my ankles are very sweaty, how did you know?’ That was hilarious!”
— Salisbury Academy fourth-grader Hines Busby
After seeing the Piedmont Players Theatre production of “Elf Jr.: The Musical” at the Norvell Theater.