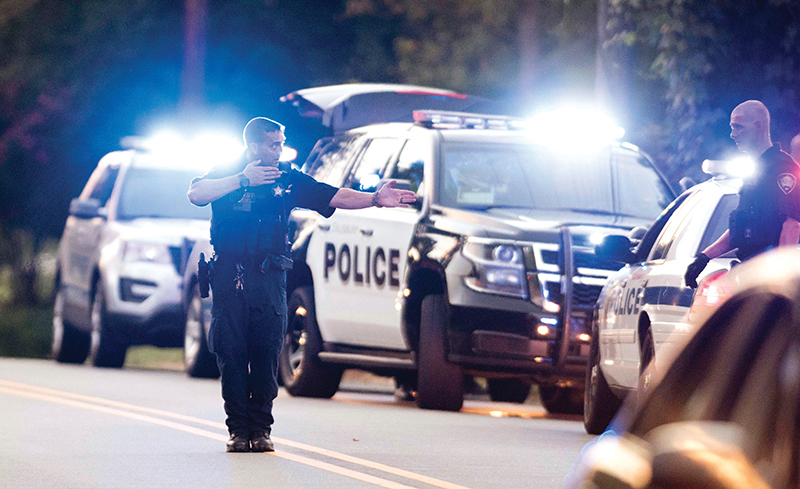 Rowan County Sheriff deputies on Aug. 30 responded with Salisbury Police to a report of a vehicle traveling along North Long Street near the Salisbury/East Spencer city limits was struck by gun fire. No injuries were reported in that incident.

SALISBURY — County Commissioners Chairman Greg Edds has a few words for the people who killed 7-year-old A’yanna Allen Sunday while she was sleeping at her grandmother’s house.

“When you start with innocent children, you raise the ire of the entire community and we have had it,” Edds said. “So, there’s the notice. It’s over.”

Edds’ comments came after an emergency meeting in which the Salisbury City Council and Rowan County Commission passed a measure that aims to combat crime and find those responsible for Allen’s murder. Allen was shot and killed on Sunday.

The agreement allows sheriff’s deputies to work overtime as Salisbury police officers. Rowan County would incur overtime costs initially, but the city would reimburse costs at the rate of $45 per hour per deputy. The reimbursement amount covers overtime pay, fuel, uniforms and equipment.

It’s the second major announcement between the city and county as the community grapples with the death of Allen on Sunday. On Wednesday, the city and county joined together to offer a $20,000 reward for information leading to the arrest and conviction of people responsible for Allen’s death.

The agreement approved Friday will work to further combat crime, find suspects in Allen’s murder and help solve a possibly related murder that occurred in the parking lot of Firewater Restaurant and Bar on the same day, Stokes said.

“There’s always been an indication that police presence has a tendency to deter crime,” he said Friday. “So, we’ll be able to more effectively have a presence in the neighborhood. Since I’ve come here that’s one of the things that the citizens have been asking for.”

Stokes and Sheriff Kevin Auten said Friday that the agreement doesn’t aim to snatch people off the streets. Sheriff’s deputies will instead work as regular patrol officers and respond to calls.

With 15 vacancies in the city police force, some Salisbury Police Department detectives are performing duties not usually associated with their position, such as respond to calls for service. Auten said he hopes the agreement will allow detectives to work leads and perform their usual duties.

“We always assist them with calls when they ask for help, but this is going to give them officers in the field to help answer calls,” he said. “Until they get their manpower back where it needs to be, this is an opportunity for us to help.”

The city-county agreement remains in effect for six months, but can be extended or canceled at any time.

Salisbury Mayor Karen Alexander said the city’s budget won’t be strained by the costs associated with the agreement. She called the agreement “a giant start” toward seriously addressing the city’s crime issues.

“The sheriff’s department has experienced officers who have years and years of experience and when we’re hiring we’re going to be hiring some that are experienced, but most of those are going to be inexperienced officers,” Alexander said. “This is a wonderful stop-gap measure that allows us to put the foot patrol on the streets immediately to deal with this issue right now. From that standpoint, it’s extremely important that we accept that help.”

Salisbury City Councilman Kenny Hardin, who days earlier told the Salisbury Post that he was frustrated with the pace of city government, seemed upbeat immediately after Friday’s meeting.

“It’s a huge step in the right direction,” he said.

Auten, Stokes and Alexander repeatedly said the shortage of officers plaguing the Salisbury Police Department isn’t unique. Auten said a number of nearby police departments are likely a few officers short of where they’d like to be. Alexander said there are simply fewer young officers today.

Auten encouraged young people to become police officers, saying it’s not a “get rich quick” job; however, it’s one that’s rewarding, he said.