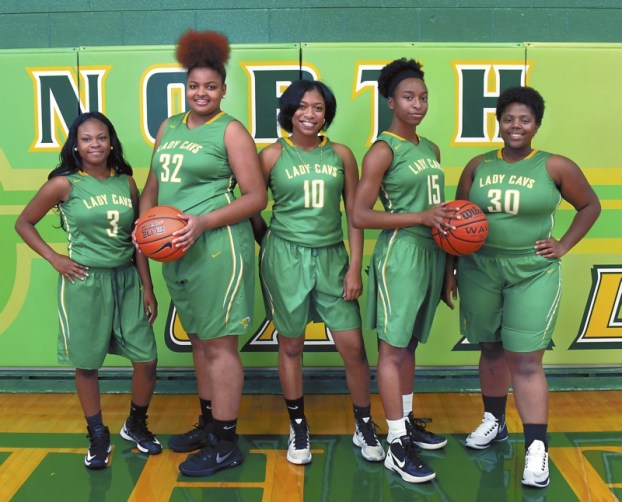 SPENCER — North Rowan’s girls basketball team is dreaming big, which means it will have to start small.

The Cavs are not, new coach Ron Bost emphasizes, the same team we saw last season. Gone are the likes of Farmer, Washington and Allen — players who helped North win the Christmas tournament and reach the third round of the 2A state playoffs. This team will have to forge its own path.

“There are holes to fill,” said Bost, a 1999 West Rowan graduate best remembered as a track and football standout. “The good news is we have bodies to fill them with. We’re in the kitchen, cooking.”

Right now North is a bit on the rare side. Two starters return, but five roster spots will be filled by players with little, if any, varsity experience. Three-quarters of the team, Bost reports, are volleyball players.

“Doesn’t matter,” he said. “We’re going to be tenacious. We’re not going to back down. We don’t play the scoreboard. We play until the end of the game. And other teams are going to know they’ve played us.”

The player to watch — and it will be hard to miss her — is 5-9 senior Aundrea Godfrey, a guard with some Iverson in her. Unfortunately she suffered a right knee injury in North’s first scrimmage and won’t return until mid-December.

“For us, we’ve just got to get the ball in her (Godfrey) hands as much as possible,” said Bost, who assisted and replaced the successful Brian Lytton as coach. “Last year with (Farmer),  it was sort of fit in where you can fit in. This year the offense is going to run through her.”

Forward Brianna White is one of six seniors on the roster and will serve as a weather vane — where she goes, the Cavs will follow. She averaged 9.0 points-per-game and cracked double-figures 10 times a year ago. “When I got here I saw a baby Aliyah,” Bost said of the 5-10 White, comparing her to Farmer, who now plays at Mars Hill University. “Brianna could always jump and rebound, but now she’s improved her offensive game.”

Sophomore Bea Conner is as versatile as a pair of khakis. Listed as a 5-9 wing, she can play anywhere on the floor. “She’s going to leave it all out there,” Bost said. “Very competitive. She wants to win.”

Kiara Davis is a senior guard/forward hybrid who hasn’t played basketball since her freshman year. At 5-7, she brings bark and bite — attitude and the ability to stay composed on the court.

Six-foot senior Hope Evans completes North’s anticipated starting lineup. A first-year letterman, she’ll be expected to reel in rebounds and be a presence in the post. “She’s working on making layups and foul shots,” Bost noted. “I told her to expect to get fouled every time she touches the ball.”

Role-players off North’s bench include sophomore guards McKenzie Shoaf and Taren Sherrill. Shoaf was around last season and used her defensive quickness to spark the Cavs’ transition game. Sherrill is a long-distance operator with a huge upside. “In practice she’ll hit 10 threes in a row,” Bost gushed. “That’s going to be her role.”

So that’s how it spreads out for North. Expect the Cavs to be a defense-first type of team, taking away options and scoring just enough to prevail. It’s Bost’s job to wrap it all up in a pretty package.

“I’m learning them and they’re learning me,” he said. “I told them I’m here for the long haul and they’re buying in.”

Aundrea Godfrey, senior guard/forward — Returning starter is dripping with talent, despite early-season injury. If she lacks anything it’s a killer instinct. “We’ll need her most,” Bost said, “when it’s time to take over a game.”

Brianna White, senior forward — Next-in-line for takeoff, she can rebound with the best of them. A high jumper in the spring, Bost likes everything about her game. Fasten your seat belts.