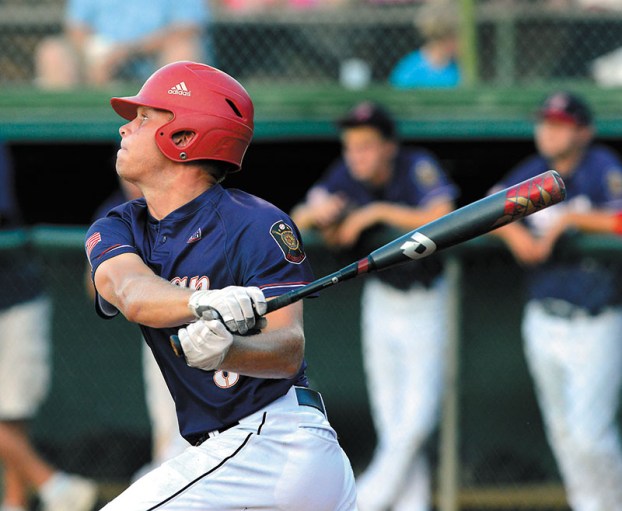 Wayne Hinshaw / for the Salisbury Post Rowan Legion’s Lee Poteat bats during a game on July 17 against High Point.