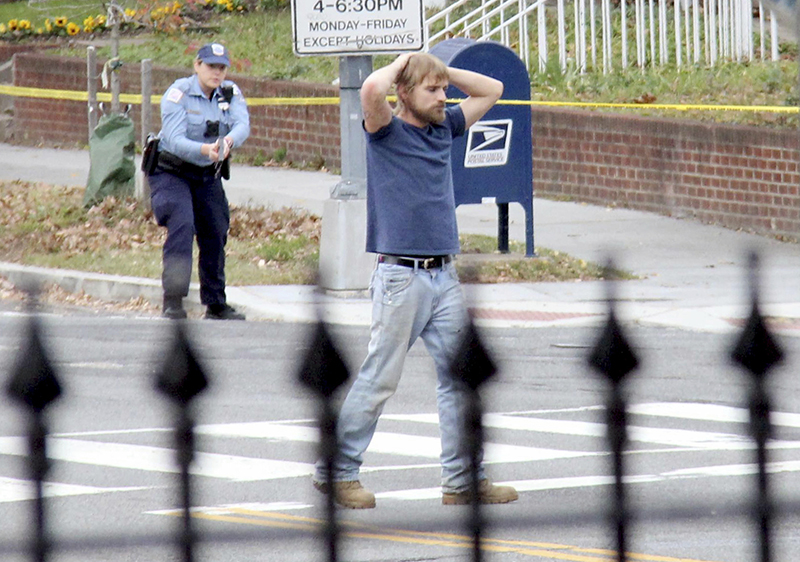 SALISBURY — After causing a panic in the nation’s capitol, a local man remains in jail on charges that include assault with a dangerous weapon.

Edgar Maddison Welch, 28, was arrested Sunday after allegedly firing a weapon inside of a pizza restaurant in Washington, D.C., called Comet Ping Pong, according to police and court records.

Welch told police that he came to investigate a conspiracy theory known as “PizzaGate,” the Washington Post reported. The conspiracy claims that 2016 Democratic presidential nominee Hillary Clinton was involved in a child sex ring run from the pizza restaurant.

Welch specifically told police he had “read online that the Comet restaurant was harboring child sex slaves and that he wanted to see for himself if they were there,” according to court documents obtained by the New York Times. He wanted to rescue the children, the court documents state.

Welch, who lives outside of Salisbury on Neel Road, faces charges that include felony assault with a dangerous weapon, carrying a pistol without a license, unlawful discharge of a firearm and carrying a dangerous weapon outside of a home or business. Additional offenses include unlawful possession of ammunition and possession of a large-capacity, ammunition-feeding device, according to an incident report obtained by the Salisbury Post.

Police seized multiple weapons from Welch, including an AR-15, a .38 caliber handgun and a shotgun, according to the incident report.

The report states that Welch complied with instructions to walk toward officers with his hands up. He surrendered to police when “he found no evidence that underage children were being harbored in the pizza restaurant,” court documents state.

A judge on Monday ordered that Welch remain in custody, according to court records.

North Carolina arrest records show his criminal history includes drug and alcohol charges. In October, Welch was involved in an accident that seriously inured a 13-year-old boy walking near the Food Lion warehouse on Harrison Road, according to police.

Welch is listed in the credits of minor films in roles that include extra and production assistant.

Welch is the son of former Register of Deeds Harry L. Welch Jr. He is also the grandson of Harry Lee Welch Sr., who managed and owned WSAT radio station, was a Rowan County commissioner in the 1960s and is in the Rowan County Sports Hall of Fame.

During a 2009 break from taking classes at Cape Fear Community College, Welch attempted to hike the Colorado Trail, which spans 500 miles. He made it halfway through the trek when he hit two feet of snow that prevented him from continuing, according to a 2009 Salisbury Post story. After the experience, Welch told the Salisbury Post he found himself craving the outdoors and had broken his addiction to the internet.

Court records show Welch is scheduled for a preliminary hearing on Thursday in a Washington D.C. court.