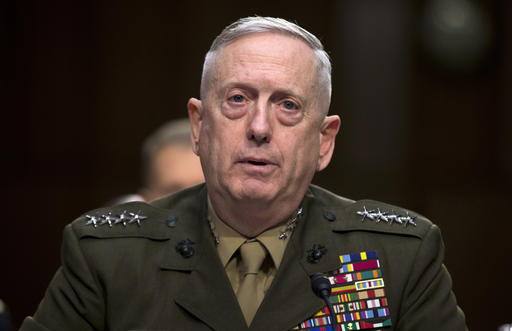 The pros and cons of a general’s general

News that retired Marine Brig. Gen. James Mattis will be nominated as defense secretary prompted a chorus of hosannas from his fellow former officers and the military analyst community. A studious but tough leader who led some of the hardest fighting the United States has done in Iraq and Afghanistan, and who served as overall commander of the Middle East region, Mattis “is one of the best-regarded generals in the modern history of the Marine Corps,” according to military historian Max Boot. Mostly left unsaid in such encomiums was the hope that a man Donald Trump called “a true general’s general” will steady the incoming president, whom Mattis already appears to have persuaded to reconsider the value of torture.

This is not to suggest that the Senate should quickly set aside concerns about appointing a recently retired general officer to head the Defense Department. Since 1947, such appointments have been proscribed; currently ex-generals must have been out of service at least eight years to be eligible, while Mattis retired only in 2013. This is more than an issue of protocol: The principle of civilian control over the military is fundamental to U.S. democracy. So is the idea that the officer corps will remain outside of partisan politics.

Trump has already dented these norms by appointing as his national security adviser former Lt. Gen. Michael Flynn, who after being pushed out of his post at the Defense Intelligence Agency became a bitter adversary of both the Obama administration and the Pentagon brass. Though he never emulated Flynn’s open partisanship, Mattis, too, is known to have differed with the Obama White House over Iran policy; it has been reported that his term as chief of Central Command was shortened as a result.

Two other former generals and an admiral are said to be on Trump’s short lists for national-security-related Cabinet positions. That creates the disturbing potential for an administration dominated by ex-military men, including several who in one way or another differed with the previous president. No one should welcome such a blurring of the boundaries between the U.S. military and civilian spheres.

That said, there is a tradition of former generals, such as Brent Scowcroft or Colin Powell, serving presidents with honor, and the Senate set a precedent for waiving the defense rule when it approved George Marshall for the secretary’s job in 1950. The extreme circumstances of the Trump presidency- to-be – including a commander in chief who is both ignorant of military and international affairs and prone to impulsiveness – strengthen the case for a Mattis exception.

Though a hawk on Iran – like Flynn and other incoming national security officials – Mattis wisely believes “there is no going back” on the nuclear agreement with Tehran and that it should be enforced rather than abruptly disgarded. As a former senior offical at NATO, he might be expected to resist any steps that would dismantle or damage the alliance, or discount the threat posed by Vladimir Putin’s Russia.

Like a number of former chiefs of Central Command, Mattis empathizes, perhaps excessively, with former clients such as Saudi Arabia and the United Arab Emirates; he also absorbed the tired view that the Israeli-Palestinian conflict, and Israeli settlement construction in particular, are central to the Middle East’s troubles. Like all of Trump’s national security appointees thus far, he appears to have scant experience of Asia or other regions outside the Middle East and Europe. That’s an argument for a secretary of state with broader knowledge of the world.