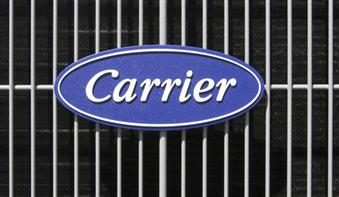 Determined not to let any Trump action go unchallenged, the media has been full of comments from economists (including Larry Summers and Justin Wolfers) that Donald Trump’s intervention to save jobs at Carrier’s Indiana facility is just a showman’s one-off – that it can’t be easily replicated and will be ultimately ineffective in changing the job prospects in a country that creates and destroys a couple of million jobs every month. This is simply not the way things are done in a country that values free markets and the rule of law.

Methinks they are missing the story.

One of the blind spots economists have is around norms of behavior – the unwritten rules that are the guiderails for how people act. There was a time in America when there was an unwritten pact in the business world – workers were loyal to their companies and successful companies returned that loyalty by sharing some of their profits with their workers in the form of higher wages, job security and support for the local community. In some cases, this social contract was reinforced by a union contract, but it was also embraced even in non-union situations because there was a broad public consensus that it was the right thing to do. Business leaders conformed to the norm not only because it helped them attract good workers and customers and have clout in dealing with governmental leaders, but also because it made them feel good about themselves.

Then came the 1980s, and all that began to change as American industry began to falter because of foreign competition. Consumers decide they cared more about cheaper products than socially conscious corporate behavior. And just as significantly, investors, after years of lousy returns, decided they cared more about maximizing shareholder value than they did about maximizing the social value of the enterprise they owned.

So the social norm changed. A new breed of corporate executive, incented with boatloads of stock options, decided that the right thing to do was to cut costs at any price, including the economic health of their workers or their communities. Indeed, for a while, if a corporate executive didn’t have an aggressive plan to shift production overseas, they were criticized by Wall Street and the business press and threatened with takeovers by what we now call “activist investors.” Although the public never much liked the idea of closing plants and shipping jobs overseas, it no longer was socially unacceptable.

Now comes Donald Trump – in the public mind, a successful businessman – who as the new president, suddenly declares that the new norm is not longer acceptable, and he intends to do whatever he can to shame and punish companies that abandon their workers. It’s one thing for a company to sustain a few days of bad headlines in the local newspaper when it decides to close a facility. It’s quite another when the president of the United States is not only willing, but from a political point eager, to make a federal case out of it. Suddenly, maximizing shareholder value not longer provides the political and social inoculation that it used to.

Unlike their patron saint, Adam Smith, modern day economists tend to ignore such shifts in social norms because they can’t quantify them in the same way they can quantify trade flows or technological innovation or changes in educational attainment. And if they can’t quantify something, they can’t include it in their complex mathematical models, or even the simpler mental models in their heads of how the economy operates. They assume that social norms change in response to economic fundamentals rather than the other way around.

Donald Trump understands better. He knows that he and his new commerce secretary will have to engage in a few more bouts of well-publicized arm twisting before the message finally sinks in in the C-Suite. He may even have to make an example of a runaway company by sending in the tax auditors or the OSHA inspectors or cancelling a big government contract. It won’t matter that, two years later, these highly publicized retaliations are thrown out by a federal judge somewhere. Most companies won’t want to risk such threats to their “brands.” They will find a way to conform to the new norm, somewhat comforted by the fact that their American competitors have been forced to do the same.

Just as much as changes in the law, this is how norms of business behavior are changed. Teddy and Franklin Roosevelt understood that. So did Ronald Reagan when he fired thousands of striking air traffic controllers and set back the union movement for several decades. Barack Obama, not so much.

And here’s a little secret: Privately, many of the executives will welcome the change. They chafe under the tyranny of maximizing shareholder value and they don’t like being widely viewed as ruthless and selfish. In his bombastic, narcissistic way, self-serving way, Donald Trump may have actually done them a favor.

Pearlstein is a Post business and economics columnist and Robinson Professor of Public Affairs at George Mason University.

Cal Thomas: For secretary of state …