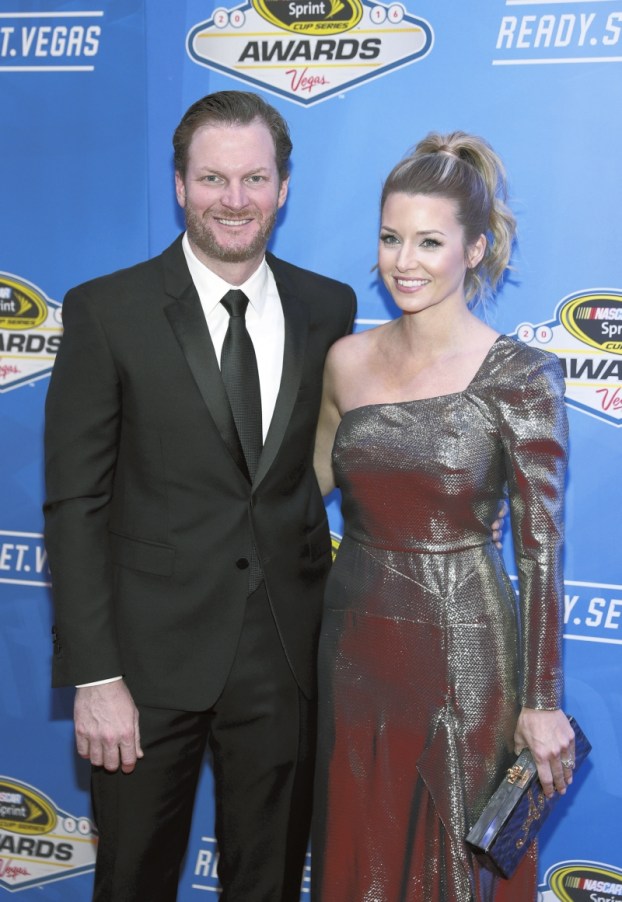 LAS VEGAS (AP) — The longer Dale Earnhardt Jr. couldn’t drive because of the debilitating effects of a concussion, the more uptight he became.

The stress slowed his brain’s healing process, leading to more anxiousness and lingering symptoms. It was a vicious cycle that led his doctors to issue an ultimatum: Drop everything or you won’t get better.

Weeks off the grid with his fiancee not only helped him get well physically. He learned valuable lessons he hopes will make him an improved driver and person when he returns to NASCAR next season.

“When I did that I became a better version of myself,” Earnhardt said. “I was a much nicer, pleasant person. Caring and thoughtful and less agitated by stress and everyday life that we all kind of deal with. We all get a little short sometimes and let things get under your skin.

“It showed me the person I can be.”

Earnhardt spoke to reporters Friday night after accepting the award as NASCAR’s most popular driver for a record 14th straight year. That despite missing the final 18 races of the season with nausea, vision and balance issues after at least the fifth concussion of his career following a June wreck.

“I was worrying about whether I was going to race again, whether I was going to get healthy again,” Earnhardt said. “We were talking with my partners, my owner, my business manager, my sister and (fiancee) Amy. Every day I was in some sort of a discussion about my future. And my doctor told me I couldn’t get well until I dropped all that and didn’t think about it.”

At first, the 42-year-old Earnhardt was incredulous.

“I thought, ‘How am I supposed to not think about that? It’s the most important thing in my life,’” Earnhardt said. “He said to get healthy quicker, you’ve got to really quit worrying about anything that’s going to draw anxiety and stress.”

So that’s what Earnhardt did. While his fellow competitors were racing for a series championship, Earnhardt turned off his phone, went on day trips, had no set schedule and did what he wanted.

“As soon as everybody backed off and I just disappeared for a few weeks, I immediately started improving,” Earnhardt said. “With concussions, anxiety is a huge factor and can be a major problem with people trying to recover.”

“He worked his butt off,” car owner Rick Hendrick said. “People didn’t see the amount of exercise and commitment he had in getting healthy again.”

Earnhardt kept the media and fans informed of his status. He’s been credited for his honesty about concussions but said he needed strong support to get through it. He called Amy Reimann, whom he will marry Dec. 31, the key.

“I couldn’t have fixed myself without her,” Earnhardt said. “I couldn’t have done it just on the help of the doctors because it takes such a good support group at home.”

Before the wedding, Earnhardt has a yet-to-be-announced date later this month when he’ll get behind the wheel of a stock car for the first time since his last race on July 9. Earnhardt hopes to have no vision issues or pain and gain the confidence he needs to drive competitively again.

So far, Earnhardt has suffered no symptoms in a race simulator.

“The doctors are happy NASCAR is going to allow this to be an option for drivers going forward, whether it be broken bones or whatever injuries drives may sustain,” Earnhardt said. “I think all drivers would like to have the opportunity to get in a car somewhere, just to know before they tackle a full race week.”

The time away from the sport he learned from his seven-time champion father was difficult. Earnhardt enjoyed being back with his fellow drivers at the Las Vegas awards event. He didn’t even mind the endless photo shoots, something that would have gotten on his nerves in the past.