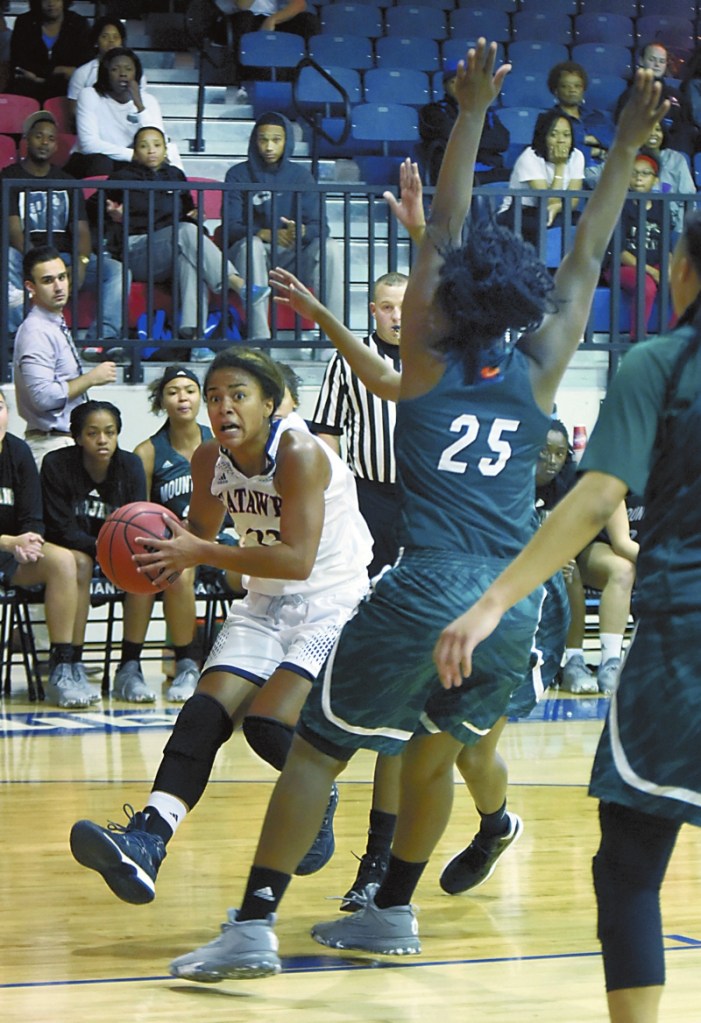 Catawba's Bri Johnson drives on Mt Olive's Kiara Jones, in an earlier game this season. photo by Wayne Hinshaw, for the Salisbury Post

The Catawba women’s basketball team beat an NCAA Division I team for the first time in coach Angie Morton’s tenure on Wednesday.

Catawba has played several exhibitions against Division I teams since Morton took charge in 2003 but never came away with a win. The Indians had come close to some upsets, but they’d never knocked off a D-I squad.

Catawba’s last win over a Division I opponent was a 60-54 victory over Winthrop in 1999.

Catawba was accurate from the foul line, shooting 16-for-18. Johnson made four straight free throws at the end to clinch victory. Johnson (10-for-10 at the foul line) made two clutch free throws with 21 seconds remaining to give the Indians a three-point lead and added two more free throws in the final seconds after getting a defensive rebound.

Serena Brown hit a key, go-ahead 3-pointer for the Indians with the score tied at 54-all.

Catawba shot 35.6 percent from the floor.

Coastal Carolina shot 34.4 percent and was 3-for-17 from 3-point range against Catawba’s zone defense.

Coastal came into the exhibition game with a 2-2 record while Catawba entered 4-2.

Reportedly, the game counts as an exhibition for Catawba, but a loss for Coastal Carolina.