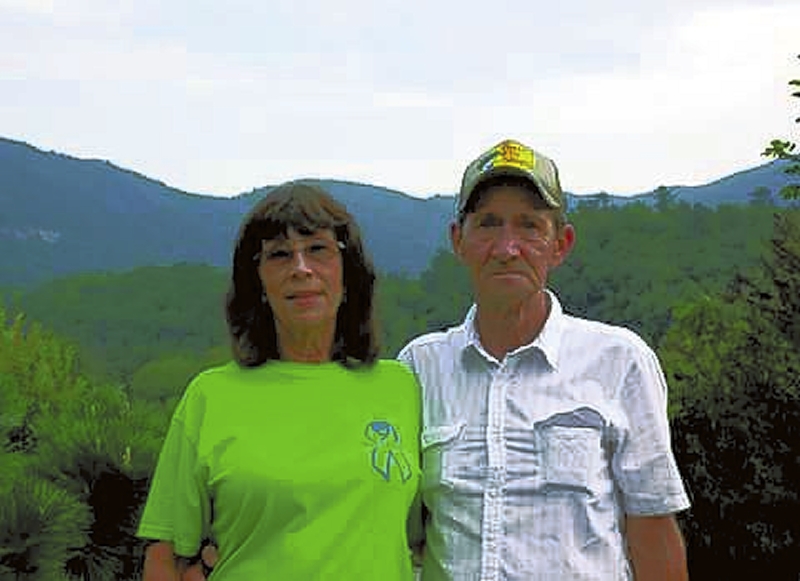 Hazel and Charles Hendrix of China Grove. Hazel is undergoing chemotherapy for leukemia and is hoping for a bone marrow transplant in early 2017. Photo courtesy of Lynette McIntosh

CHINA GROVE — Lynette McIntosh says her stepmother, Hazel Hendrix, refuses to ask for help and continues to be more concerned about other people.

“She’s just Hazel,” McIntosh said Tuesday. “She is a very energized person. To see her now, she is still herself, but we know she’s wearing down.”

Hendrix, 72, learned Sept. 8 she has acute myelogenous leukemia, a cancer of the blood and bone marrow. Doctors are giving her a year to live without a bone marrow transplant, but on that end, things are looking a bit more positive.

Her three sons appear to be a match to provide the bone marrow. It could come down to deciding which son is the best donor. Hendrix has told her medical team she wants to wait until the new year in case she has the transplant.

“I want to spend Christmas with the kids,” said Hendrix, who also has a daughter.

Meanwhile, Hendrix continues a tough regimen of chemotherapy, administered through the port in her chest.

Hazel is a familiar face at South Rowan High School, where she has been a custodian for 16 years.

“They’re just like family over there,” Hazel said from her home Tuesday. “They have really been good to me.”

McIntosh is concerned about the medical bills her father, Charles, and Hazel will be facing. It looks as though Hazel will not be returning to work, leaving the couple with Social Security as their main source of income.

McIntosh has set up a Go Fund Me page to help with some of their expenses.

“I’m trying to get them all the help they can get,” she said. “They’re struggling right now.”

The couple rent their home and “have bills galore,” McIntosh said.

“They didn’t have much money to begin with,” she added. “Now all these bills are coming in.”

McIntosh said her father has sold a lot of their possessions, and Lynette, who lives in Wilmington, has sold a boat to help out.

Hazel hates to complain, but ever since the chemotherapy started, food just hasn’t tasted the same. “You can taste it, but it doesn’t taste good,” she said.

One blessing is that she has been given a medication with the chemotherapy that helps prevent nausea. But overall, she has had her challenges.

Hazel has needed two pints of blood. She passed out once in the shower. The port through which she receives the chemotherapy became infected, landing her in the hospital for a week.

Truth be known, she has been feeling tired for maybe six or seven months.

She went to the doctor after her feet and legs were swelling and really bothersome.

“I just felt like I could go no more,” Hazel says.

Hazel said her next big doctor’s appointment, beyond the chemotherapy treatments, is with Dr. Jonathan M. Gerber in Charlotte Dec. 19. It’s then Gerber, a specialist in hematology with Carolinas HealthCare System, will talk about how to proceed and what might be in store.

McIntosh said her stepmother is a loving, caring woman who is good at making people laugh. Hazel knows one thing from this major health challenge.

“I have so many papers to keep up with,” she said.

The Go Fund Me page (gofundme.com) set up for Hazel Hendrix is titled “Battling Leukemia.” Contact Mark Wineka at 704-797-4263.