Boy spots trouble: No one hurt in Pinewood Avenue fire 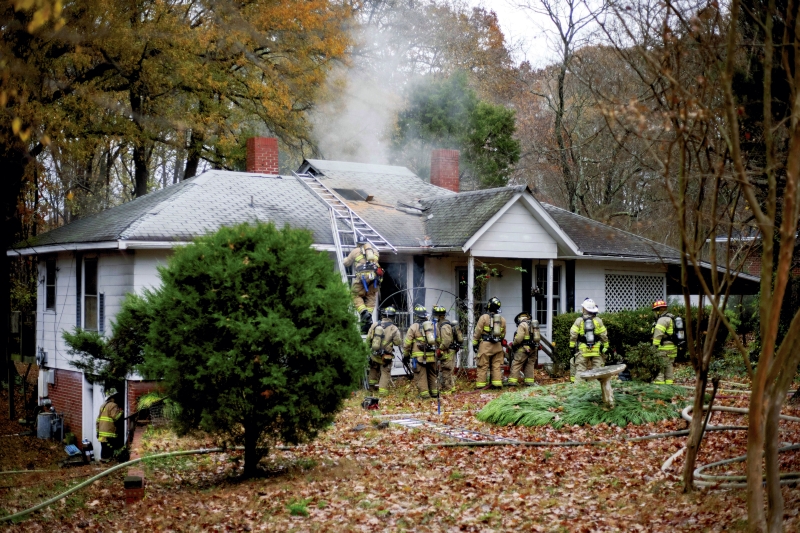 An afternoon fire home in the 500 block of Pinewood Ave off Newsome Road resulted a large response from emergency personal when first responders arriving on the scene seeing flames called for a upgraded second alarm. JON C. LAKEY / SALISBURY POST

SALISBURY — A fire broke out at a property at the 500 block of Pinewood Avenue on Tuesday.

The cause of the fire and extent of the damage were unknown on Tuesday evening.

The occupant of the house was not at home during the fire.

His mother drove back up the street and pulled over. Christian went to a neighboring house that was owned by Kathy Walters and she called 911.

Salisbury Fire Chief Bob Parnell said the fire was probably a one-alarm fire. Firefighters did see flames coming from the property when they arrived.

The cause of the fire was still under investigation on Tuesday evening.

The Salisbury, Granite Quarry, Faith, Spencer and East Spencer fire departments were among the departments to respond to the fire. The Rowan County Rescue Squad also responded.