There’s a new cookbook for every taste 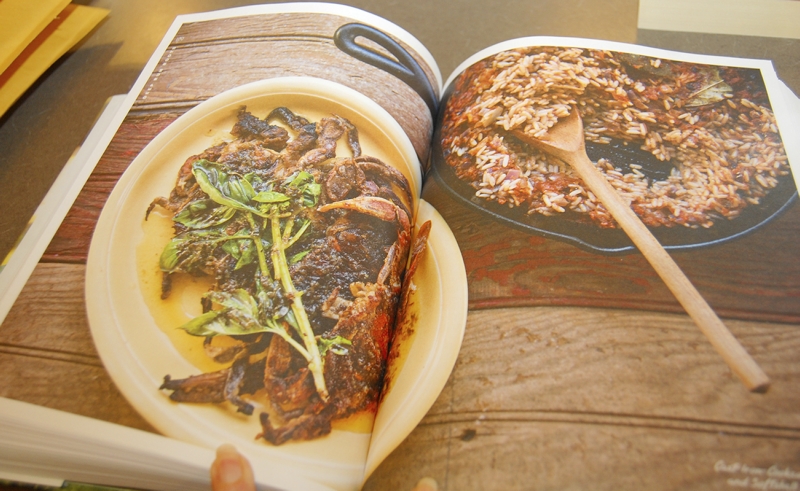 Cookbooks make appetizing Christmas gifts, either for the recipes or for the stories they tell.

It’s Howard’s first cookbook, but it’s also something of a memoir. It’s big and thick, and the photos are real — not staged food photos full of tricks of the trade — at least, that’s what they look like, like the photographer stepped into the kitchen and said, I want you to make this now so we can take a few shots.

Her book is divided by ingredient, and therefore, seasons, which is the way we should be cooking, fixing the best food of the season, corn in summer, butternut squash in fall, tomatoes in July, pig in cold weather.

Howard herself is an interesting person, seemingly suffering from self-doubt, yet always pushing herself to do more, try new things.

I admire her willingness to experiment and find good things to do with the usual suspects of ingredients. Corn is versatile, yes, but how many recipes can the average cook come up with to make corn seem new? That’s where Howard is above average.

Because she had to, she did a book tour, which was scary for her at the start. But she traveled the eastern part of the country, mainly the South, with a food truck. Most of the events sold out. Her popular PBS show, “A Chef’s Life” is likely the impetus for all those fans. While on tour, she featured such favorite dishes as Tom Thumb, a stuffed sausage from days gone by, her mother Scarlett’s Chicken and Rice, Watermelon Pickles Wrapped in Bacon and Pepsi and Peanut Ice Cream Floats.

Her cookbook is one to savor, reading stories, trying recipes. Think of it this way — you can read the winter parts first, since we are in winter, then follow the year with her in the book.

The $40 cookbook can sit on your coffee table, too.

She and Jeffrey have been married 48 years, so these recipes are a mix of old favorites and new twists on familiar ingredients.

Garten is famous for her Food Network show, “The Barefoot Contessa.” On the show, she makes approachable recipes, sharing shortcuts for some time- consuming, but impressive dishes. I’ve never had any problem with any of her recipes. They are tested and work well.

She can come up with something like Skillet-Roasted Lemon Chicken as a play on Jeffrey’s Friday night chicken dinner, or she can take newly popular ingredients like kale and spin them into something special.

Kale Salad with Pancetta and Pecorina is really kale with bacon and cheese. How simple is that, as she says.

The minute the book was published, it hit the bestseller lists, from Amazon to IndieBound, for independent bookstores.

Garten has been working on the book for years and calls it kind of like a love letter to her husband. Jeffrey, for his part, is always encouraging and willing to taste everything. Garten says her career has been cooking for Jeffrey. Her goals with her show and cookbooks is for someone to say, “I made the recipe, and I could do it, and I felt really good about it.” She emphasizes that the books are basic home cooking, not fancy restaurant food. Deirdre Parker Smith/Salisbury Post Anthony Bourdain’s new cookbook, “Appetites” is pure Bourdain, with a twist. These are dishes for family and friends.

Anthony Bourdain is a complex man who’s gone a lot of places, eaten a lot of different foods and has strong opinions. That’s what attracts people to him. He says what he thinks. He’s funny, he makes mistakes and above all, he is passionate about food.

If the cover of his new book, “appetites” draws you to the cookbook, another one that has made the bestseller lists, wait until you dive in.

Boudain’s food is edgy, but authentic. These are the recipes he cooks for his daughter and his friends — he has recently separated from his wife. So you can find Bourdain’s take on tuna salad and macaroni and cheese along with Korean Army Stew that includes SPAM and hot dogs, along with gochujang (Korean fermented chili paste) and gochugaru (ground Korean red pepper).

There’s nothing small or shy about his recipes, or his presentation. His aim was to create a cookbook that’s approachable, representative of his life and different than everyone else’s. He hit the nail on the head there. And be warned — there a no desserts. He doesn’t eat them and is no pastry chef.

This book is an experience in Bourdainism, and a fun ride.

Here’s a few other cookbooks that might be just the thing for under the Christmas tree:

• “The Cardamom Trail: Chetna Bakes with Flavours of the East,” by Chetna Makan, who was a finalist on the “Great British Baking Show.”

• “Victuals: An Appalachian Journey, With Recipes,” by Ronnie Lundy. A guide to regional cuisine.

• “Cooking School Secrets for Real World Cooks: Second Edition,” by Linda Carucci. A comprehensive guide for new cooks or those who want to cook better.

• Another Food Network star, Alton Brown, has written “EveryDayCook,” a collection of personal recipes. All the photos were shot on his iPhone. Full of his quirky humor.

• On many best of lists is “Poole’s,” by Ashley Christensen who owns seven restaurants including one in Raleigh. Southern food at its highest.

• “A Modern Way to Cook,” by Anna Jones. Chapters are broken down by prep time, so you know you can fix dinner in a hurry or take more time. All dishes are vegetarian and include desserts.

Of course, there are hundreds more, by celebrities, chefs, home cooks and collections from magazines and more, like vegan, paleo, smoothies and on and on.