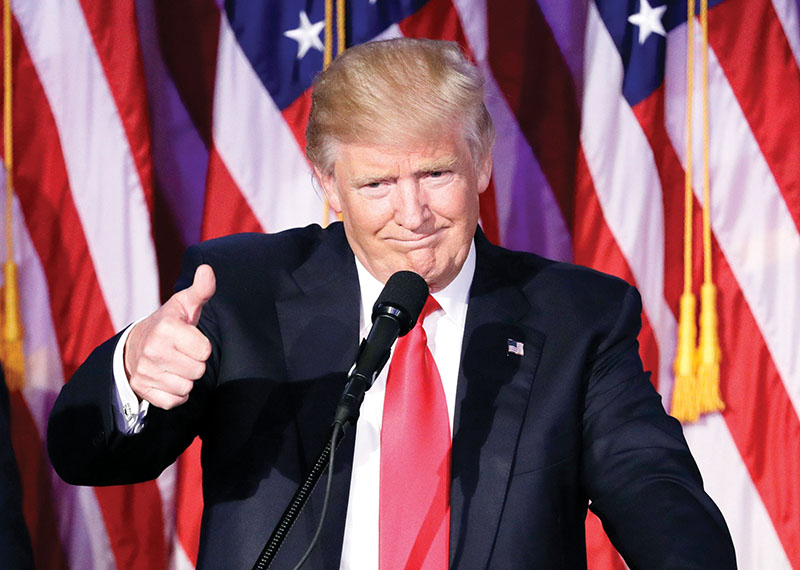 From a Washington Post column by Aaron Burke, concerning Donald Trump’s contention that millions voted fraudulently in some states.

What I am saying is that, if the system was susceptible to the kind of pro-Clinton fraud that Trump is alleging, who is to say that it wasn’t also susceptible to manipulation that might have benefited Trump? Trump’s argument is that our electoral system was vulnerable to all kinds of shenanigans that could have changed the results in specific states. Why not shenanigans instigated by Russia, which experts say aided Trump during the campaign with fake-news propaganda? Or something else? There is also no evidence of this, but apparently evidence is not required for our next president to make a charge.

Trump is alleging that these shenanigans (yes, I said it again) accrued to Clinton’s benefit, but if our system has so many holes in it, why couldn’t those holes have helped Trump in the states that mattered? If illegal immigrants can vote and there was real voter fraud in states such as California, New Hampshire and Virginia, why couldn’t these things have happened in circumstances and places that didn’t hurt Trump? Why not in Michigan, Pennsylvania and Wisconsin, where Trump won the presidency by a margin of about a point or less? If the system is that shoddy, it’s probably shoddy everywhere.

Trump is saying that something happened — on a large scale. He’s basing this on dubious internet sources, but he’s raising doubts about results of an election that made him the president-elect. It’s hard to argue, from that point, that it’s not worth examining just how many real irregularities there are and whether they all just happened to accrue to Clinton’s benefit. This is the president-elect and the soon-to-be leader of the free world, after all, and his words are supposed to carry weight.

This is just Trump being Trump, of course. He is the president-elect, yes, but he’s also a bona fide conspiracy theorist. (Remember how Ted Cruz’s dad might have been involved in JFK’s assassination?)

We can no longer dismiss his fomenting of these baseless theories as some political ploy; it’s who he is. And he’s willing to call into question anything that doesn’t show him to be the clear winner. Given that he will lose the popular vote by as much as two full points, he’s in desperate search of an excuse for this fact.

But in doing so, he’s also calling into question his win. He can’t have it both ways, and he’s letting his pride get the better of him.