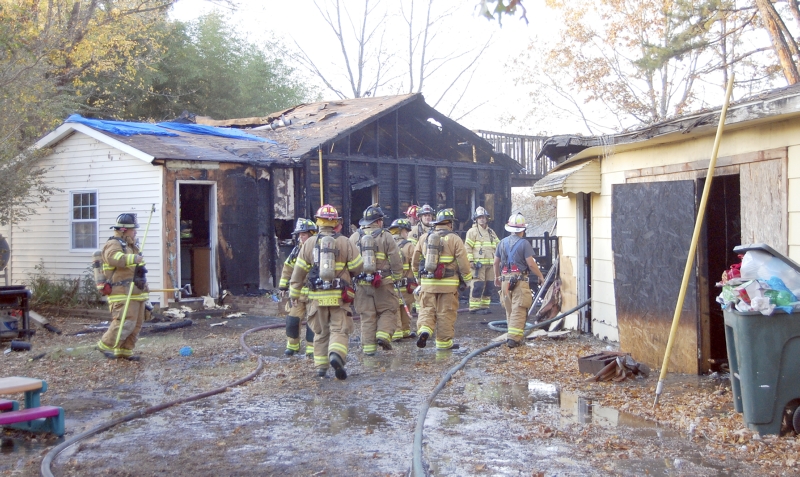 Amanda Raymond/Salisbury Post Five structures were damaged when a fire broke out at the 400 block of Lakeshore Drive on Sunday. Only one of the structures was occupied, but the occupants were able to get out of the house safely.

HIGH ROCK LAKE – A fire at the 400 block on Lakeshore Drive damaged multiple structures on Sunday.

One of the houses was currently being occupied and the occupants, Ashley Poole and her three children, were at home when the fire broke out.

She and her children were able to get out of the house without any injuries.

“By the time the fire department got here, my house was burned down,” Poole said.

Neighbors and firefighters said they could see the flames from miles away.

Trexler said four of the buildings, including Poole’s home, were most likely destroyed. The houses in the area were very close together.

It took about an hour to get the fire under control.

The cause of the fire was unknown on Sunday evening. The fire is under investigation.

The Millers Ferry, Rockwell Rural and City, Pooletown, West Liberty, Union, Gold Hill and Granite Quarry fire departments brought more than 30 firefighters to respond to the fire. The Rowan County Rescue Squad and the American Red Cross were also at the scene.